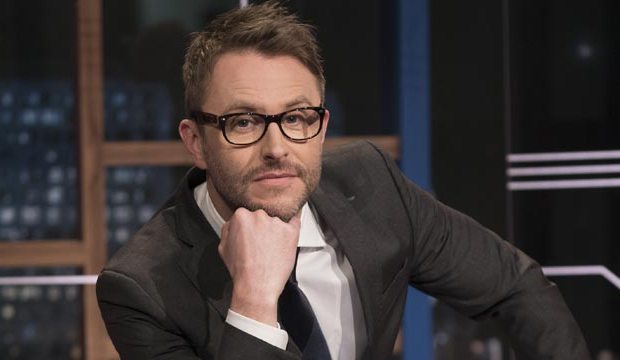 Our sister site Deadline has reported the surprise end of the Comedy Central series “@midnight” after four seasons on the air. In the late-night comedy game show, host Chris Hardwick awards points to comedians for their jokes about the day’s top stories online and on social media. But there will be no more points after the Friday, August 4 episode, which will be the show’s 600th episode in addition to now being its series finale.

That’s almost a year to the date after Comedy Central cancelled another of its late night shows, “The Nightly Show with Larry Wilmore,” on August 18, 2016. However, “@midnight” isn’t being cancelled, per se. Hardwick and production company Funny or Die were in on the decision. Comedy Central president Kent Alterman told Deadline, “It was a little bit of the audience telling us over time, and we mutually thought, ‘You know what, maybe we should walk away holding our heads high and proud, full of appreciation and gratitude.’”

In the last three years “@midnight” has won two Emmys for Best Creative Achievement in Interactive Media (2015-2016) in addition to two other bids for Best Interactive Program (2014-2015). But while fans of the show may be saddened and surprised by the news, fans of Hardwick will have plenty of opportunities to see him on the airwaves. He continues to host AMC’s “Talking Dead” aftershow in addition to his new “Talking with Chris Hardwick” spinoff series in-between “Walking Dead” and “Fear the Walking Dead” seasons. He can also be seen on NBC as the host of the new game show “The Wall.” And he even guest-judged “America’s Got Talent” on Tuesday night.

Are you shocked by the imminent ending of “@midnight”? Watch our recent in-depth chat with Hardwick about “@midnight,” “Talking Dead” and more below, and discuss this and more with your fellow TV fans in our forums.