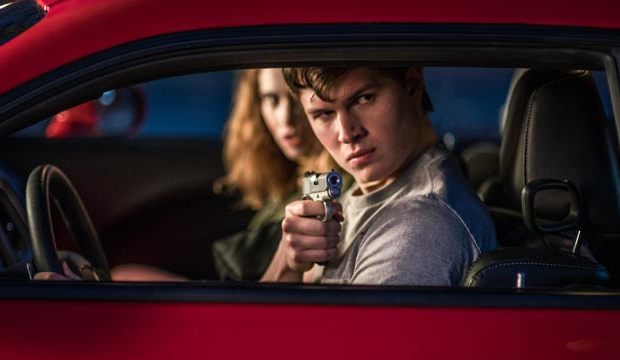 “Baby Driver” opened on Wednesday, June 28, not only to favorable reviews, but to some of the best reviews of the year, period. With a resounding score of 86 based on the reviews of 51 critics, it’s currently ranks as the 11th highest rated movie of the year on MetaCritic. It also has 97% freshness on Rotten Tomatoes. Those aren’t the kinds of reviews you’d normally expect from a summer action comedy, and it’s far from the kind of movie you’d expect to see at the Oscars, but as we saw earlier this week, the academy’s demographics are changing in its push to diversify its membership. Perhaps a younger, more international contingent of awards voters will tilt the Academy Awards towards more films like this.

The film stars Ansel Elgort (“The Fault in Our Stars“) as the title character, a skilled getaway driver who hopes to leave his life of crime after he meets Debora (Lily James). The supporting cast features a few notable awards favorites, including two-time Oscar winner Kevin Spacey as a crime boss, as well as Oscar champ Jamie Foxx and Emmy winner Jon Hamm. The writer-director is Edgar Wright, who earned a BAFTA nom for Best British Film for his zombie spoof “Shaun of the Dead” (2004) and has since continued to make a name for himself with more cult hit comedies like “Hot Fuzz” (2007), “Scott Pilgrim vs. the World” (2010) and “The World’s End” (2013).

Critics praise the film’s “genuine craft and technique,” its “showmanship,” and its “vivid, openhearted energy.” Wright is drawing much of the praise for his references to various cinematic influences, including Jacques Tati, Quentin Tarantino and Jean-Luc Godard, and also for the “sheer brio and good nature” of his filmmaking. Check out some of the reviews below, and discuss it with your fellow movie fans in our forums. Make sure to vote in our poll at the bottom of this post to let us know if you think the film will be a major Oscar contender.

Discuss ‘Baby Driver’ with Hollywood insiders in our notorious forums

Manohla Dargis (New York Times): “There’s much to enjoy in ‘Baby Driver,’ including the satisfactions of genuine cinematic craft and technique, qualities that moviegoers can no longer take for granted … It’s difficult to carp about a director who wants to please the audience this much.”

Justin Chang (Los Angeles Times): “‘Baby Driver,’ a new vehicular-action-thriller-jukebox-musical-romance from the British writer-director Edgar Wright, is almost as entertaining as it is hyphen-depleting. This is movie craftsmanship and showmanship of a very high order.”

Stephanie Zacharek (Time): “Wright has orchestrated every swerve and near smashup — and one glorious foot chase — with precision, a rarity in action filmmaking these days … ‘Baby Driver,’ with its vivid, openhearted energy, is a bold step forward … Wright finally breaks free, and the result has a beat you can dance to.”

Peter Bradsshaw (The Guardian): “It’s such a funny and engaging film, packed with sheer brio and good nature, showcased most entertainingly in Baby’s amble down the street to get coffee for his comrades, and then his amble back, showing all the resulting streetscape vignettes in reverse … What a rush.”