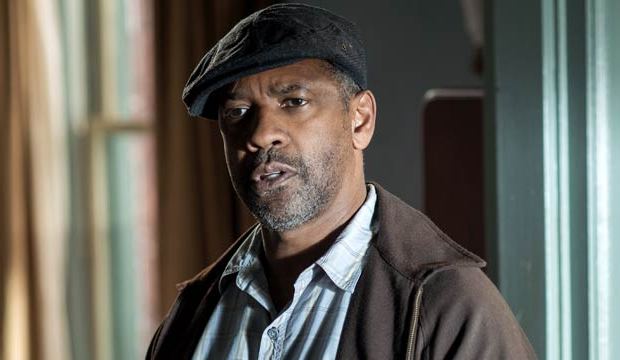 Denzel Washington is arguably one of the best actors of his generation, having accumulated six Oscar nominations and two wins, but would you believe he has never received a BAFTA nomination in his illustrious and celebrated career? That continued this year when they snubbed him for Best Actor for “Fences.” So why do the BAFTAs seem to hate Washington?

Washington made his film awards debut with “Cry Freedom” in 1987. He played real-life South African activist Steve Biko, who was killed in police custody, and for his efforts he received a Golden Globe nomination for Best Film Drama Actor and an Oscar nomination for Best Supporting Actor. The film was also nominated for seven BAFTA Awards including Picture, Director (Richard Attenborough), Supporting Actor (John Thaw) and a win for Sound. Since there was some category confusion for Washington, at that time a relative newcomer, it is understandable why he might have been left on the sidelines.

Two years later, in 1989, Washington appeared in the civil-war drama “Glory” as Private Trip, best remembered for the scene where his character is whipped and only allows a single tear to roll down his cheek. Washington would not be denied this time, winning Best Supporting Actor at both the Golden Globes and at the Oscars. However, because of the timing of the release of the film in Britain it did not compete until the following year and received just a single nomination: Best Cinematography.

Up next for Washington was Spike Lee’s biographical film “Malcolm X” (1992) about the controversial civil rights leader. Again he would earn both a Golden Globe and Oscar nomination, this time for Best Actor. But that film didn’t open in the UK until March of 1993, and the BAFTAs ignored the film entirely.

Then Washington took a role in a truly British production, “Much Ado About Nothing” in 1993 co-starring some of Britain’s most acclaimed actors and actresses, including Kenneth Branagh, Emma Thompson, Richard Briers and Imelda Staunton. While the film’s many stars were snubbed, it did receive a BAFTA nomination for Best Costumes.

Washington spent the next few years becoming a bona fide movie star with films like “Philadelphia,” “The Pelican Brief,” “Crimson Tide,” “Courage Under Fire,” and “The Preacher’s Wife.” Washington was even named People Magazine’s Sexiest Man Alive in 1996. He re-entered the awards race in 1999 with his leading role as a wrongly imprisoned boxer in “The Hurricane” — for which he also scored a Golden Globe, his first SAG Award nomination and his fourth Oscar nomination — but again the film had a later UK release (March 2000), and he was snubbed again by the BAFTAs.

In 2001 Washington’s trip to the dark side in “Training Day” again earned him Golden Globe and SAG Award nominations, then his second Oscar, this time for Best Actor. But once again, Washington and the film were snubbed by the Brits.

After winning for “Training Day” it took Washington more than 10 years to get back to the Oscars. In the meantime he made his directorial debut with “Antwone Fisher” (2002) and followed that up with “The Great Debaters” (2007). He also visited the Great White Way and won his first Tony Award for “Fences” in 2010. When he re-entered the film awards conversation with “Flight” in 2012 he would again earn Golden Globe, SAG, and Oscar nominations. But — you guessed it — the film was entirely ignored at the BAFTAs. Perhaps his films have skewed too American for the British academy, but then how to explain that the 2012 BAFTA Award for Best Actor ended up going to Daniel Day-Lewis for his portrayal of one of America’s greatest presidents in “Lincoln.”

This year the BAFTAs did not completely snub “Fences.” They nominated Washington’s co-star and fellow Tony winner Viola Davis for Best Supporting Actress. It’s her second BAFTA nomination after her bid for “The Help” in 2011.

So what could account for his BAFTA shutout? British flag-waving is one thing, but tons of American actors have been nominated and won across the pond. And could it derail Washington’s Oscar hopes? Maybe, but maybe not. Washington won for “Training Day” despite losing the Golden Globe and SAG Award and being snubbed by the BAFTAs, so perhaps history will repeat itself.