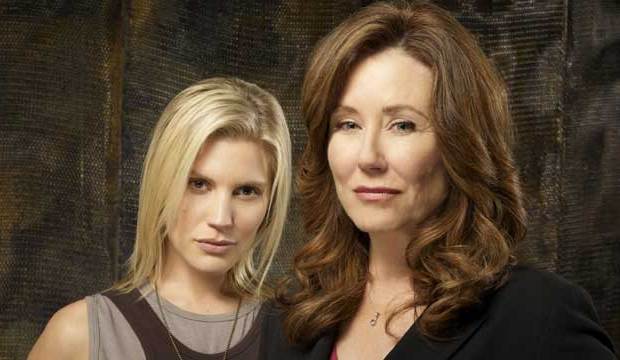 It’s the 25th anniversary for Syfy — formerly known as the Sci-Fi Channel — and the cable TV network is celebrating with a number of events at San Diego Comic-Con, the country’s premier convention for science-fiction and fantasy media. That includes a reunion of “Battlestar Galactica” on July 20 featuring series creator Ronald D. Moore, Mary McDonnell, Katee Sackhoff, Grace Park, Tricia Helfer and more.

“Battlestar Galactica” was a gritty reboot of the cult hit series of the same from 1978. It started in 2003 as a miniseries event and then ran for four seasons from 2005-2009. It followed the human survivors of a nuclear holocaust, whose space fleet searched for a new home while being hunted by the Cylons, the lifelike androids humans built before the machines turned on their creators. The series earned acclaim for its storytelling and the performances by cast members including leads McDonnell and Edward James Olmos.

The acclaimed series also won three Emmys out of 22 nominations, and it was a rare science-fiction series to earn nominations outside of Creative Arts categories, picking up two bids for its writing (2007-2008) and two for its directing (2007, 2009). It was also cited twice by the American Film Institute as one of the TV Programs of the Year (2006-2007), it won a Peabody Award in 2005, and the Television Critics Association named it Program of the Year in 2009.

Discuss ‘Battlestar Galactica’ with Hollywood insiders in our notorious forums

Syfy’s executive vice president of marketing and digital Alexandra Shapiro said in a statement, “San Diego Comic-Con is the pinnacle event of the year for sci-fi enthusiasts, and as the only network dedicated to the genre 24/7, we can’t wait to celebrate in a big way. Syfy is going to San Diego this year with a singular focus:  to put fans first.”

The network is also hosting Comic-Con panels for a number of its other currently running shows including “The Expanse,” “The Magicians” and “12 Monkeys,” among others, as well as its upcoming “Superman” prequel, “Krypton.”