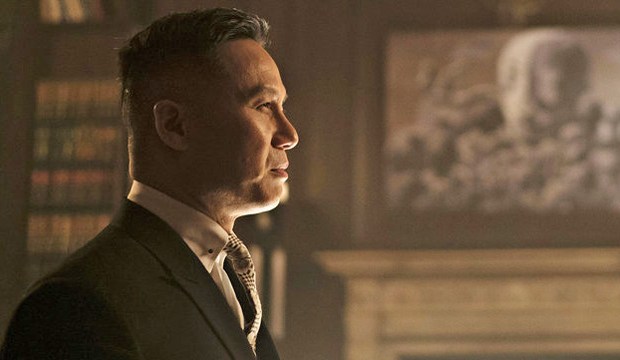 In the first season of USA’s “Mr. Robot,” BD Wong captivated fans with his brief yet impactful performance as Whiterose, the transgender leader of the Dark Army, a Chinese underground hacker organization. After a surprising snub last year, the Emmys caught onto Wong’s performance in the second season of the show, for which he earned a Best Drama Guest Actor nomination.

Wong’s bid for “Mr. Robot” marks his first-ever Emmy nom, but he previously earned a Critics’ Choice Award nomination for this role in 2016 and, earlier in his career, received the Tony Award for Best Featured Actor in a Play for “M. Butterfly” in 1988.

In Wong’s submitted episode, “eps2.3_logic-b0mb.hc,” a team from the FBI investigating the so-called 5/9 attack, orchestrated by the series’ central protagonist Elliot (Rami Malek), travels to China. There, they meet with Minister Zhang (Wong), Whiterose’s public persona and the country’s Minister of State Security. After an initial meeting between the two government agencies, Zhang hosts a formal reception at his home, where he strikes up a revealing conversation with FBI agent Dom DiPierro (Grace Gummer).

Will Wong’s enigmatic and introspective turn on “Mr. Robot” help him win his first Emmy? Let’s dive into the pros and cons of Wong’s submission:

Wong gives a thoroughly engrossing performance in “logic-b0mb,” an episode which allows him to dive into the sympathetically sinister character of Whiterose. In the shadowy rooms of his grandiose home, Zhang talks to Dom about his obsession with the fleeting nature of time and the artwork borne out of revolution, all the while probing her for details on her background. Wong’s final scene in the episode, in which Zhang shows Dom Whiterose’s collection of embroidered dresses, showcases the fine line he walks in the role, one minute emotionally revealing his thrill that revolution allows for alternate realities to come to fruition and the next, when his collection of clocks strikes midnight, abruptly ending their conversation.

Wong’s Whiterose has become a favorite character amongst critics and the “Mr. Robot” fan base, with viewers clamoring for him to receive awards recognition for his performance. This passionate response to his role could propel him to a win, given that many of last year’s acting winners, including Malek, Tatiana Maslany (“Orphan Black”) and Louie Anderson (“Baskets”), most likely won in their categories not because of their broad appeal to the acting branch, but rather due to a large-enough group of avid supporters.

While Wong might not have the sheer number of television credits on his resume as some of the other contenders in this category, he has established himself as a recognizable character actor with an over 30-year career in television and theater. With this category’s penchant for rewarding veteran actors, Wong might have a significant leg-up on some of the competition.

Although Wong gives a memorable performance in “logic-b0mb,” he doesn’t appear until 13 minutes into the episode and the meat of his material doesn’t begin until after the halfway mark. Emmy voters unfamiliar with “Mr. Robot” might find the episode too confusing to follow, diminishing the impact of Wong’s performance. In addition, much of the effect of Wong’s Minister Zhang depends on the audience’s previous exposure to Whiterose. Without the contrast, Wong’s performance might not translate as successfully, especially since Zhang comes across quite subdued.

After receiving six Emmy nominations for its breakout first season last year, with wins for Lead Actor (Malek) and Original Dramatic Score (Mac Quayle), “Mr. Robot” lost almost all of its momentum this year, scoring only Wong’s nomination. While the sheer number of freshman series entering the race this year (“The Crown,” “The Handmaid’s Tale,” “Stranger Things,” “This Is Us,” “Westworld”) could explain the show’s decline at the Emmys, it may reflect voters’ overall waning interest in the show.

Wong faces tough competition, not only from three challengers from the popular “This Is Us” (Brian Tyree Henry, Gerald McRaney, and Denis O’Hare), but also, most notably, from two of last year’s Emmy winners. The reigning champ in the category, Hank Azaria (“Ray Donovan”) returns to defend his title, while Ben Mendelsohn (“Bloodline”) tries to claim a second trophy for “Bloodline” after winning last year in the Supporting Actor category. Although no actor has won in this particular category more than twice, the Emmy’s plurality voting system might favor more broadly popular actors.