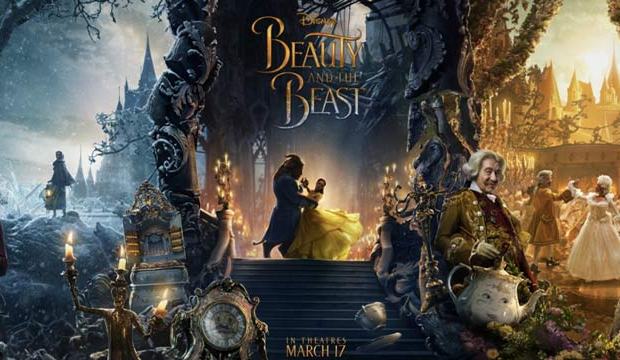 Will Disney’s new “Beauty and the Beast” be a major contender at the 2018 Oscars? The 1991 original was the first animated feature to be nominated for Best Picture, and that was when the category still had only five contenders. The director, Bill Condon, is an Oscar winner (“Gods and Monsters,” 1998) as are one of the key cast members and a slew of behind-the-scenes talent.  Click through our photo gallery above for your sneak peek at the 2017 “Beauty and the Beast” cast before the film is released nationwide on March 17.

“Beauty and the Beast” tells the story of Belle, whose father has been taken prisoner by a terrifying Beast, a prince under a magic spell. The Disney original was released on November 22, 1991 and became an instant classic. Among those giving voice to the characters were two TV favorites and Tony Award champs: Angela Lansbury (“Murder She Wrote”) as the kindly teapot Mrs. Potts and Jerry Orbach (“Law & Order”) as the charming candelabra Lumiere. Condon convinced Disney that a live-action version would need to be a musical because the audience would miss the Oscar-winning songs.

This new version of “Beauty and the Beast” stars “Harry Potter” alum Emma Watson as Belle and “Downton Abbey” star Dan Stevens in a dual performance as the Prince and Beast — his most high-profile role since abruptly leaving at the end of that show’s third season. Both Watson and Stevens’ best chance at awards recognition will come at the Golden Globes where the film will be favored to win Best Film Comedy/Musical. The 1991 original was the first animated film to win this award, followed by “The Lion King” three years later and “Toy Story 2” in 1999.

But it’s not just the film and its two leads that will be looking for awards attention. “Beauty and the Beast” boasts a large supporting cast with a slew of awards between them, which will make it a strong contender for Best Ensemble at the SAG Awards.

Taking over the role of Lumiere from Orbach is proven song and dance man Ewan McGregor (“Moulin Rouge!,” 2001) who is still looking for his first Oscar nomination. McGregor’s role is best known for the show-stopping number “Be Our Guest.” In the iconic role of Mrs. Potts in place of Lansbury is two-time Oscar winner Emma Thompson (“Howard’s End,” 1992 and “Sense and Sensibility,” 1995), who sings the title song.

Two-time Oscar nominee Ian McKellen (“Gods and Monsters,” 1998 and “Lord of the Rings: The Fellowship of the Ring,” 2001) is Cogsworth, the Beast’s chief ally who is turned into a clock. Audra McDonald, the six-time Tony winner who is an Oscar away from completing her career EGOT, is a scene stealer as Garderobe, a former opera singer turned into a wardrobe.

But the one to really watch for is Luke Evans as the vain and villainous Gaston ,the winking-devil role that the Oscars cannot resist. While Evans is best known to film audiences for his role as Bard the Bowman in “The Hobbit” series, he has starred in several musicals in the West End stage including three Tony winners: “Miss Saigon,” “Rent” and “Avenue Q.”

Composer Alan Menken who won two Oscars for the original animated film: Best Original Score and Best Original Song for the title tune,” which he shared with lyricist Howard Ashman. Menken has eight Oscars in all, the most of anyone living (the late Walt Disney won 22). While Menken contributes three new songs to this version –“Our Song Lives On,” “For Evermore” and “Days in the Sun” — the academy allows only two songs to be submitted from a film.

Among the other below-the line talents, Oscar winner Jacqueline Durran (“Anna Karenina,” 2012) will be a favorite for Best Costumes. Also looking to contend again will be four-time Best Production Design nominees Sarah Greenwood and Katie Spencer for bringing the animated world to life.

It also looks strong in Best Makeup and Hairstyling for turning Stevens into the Beast.

'Beauty and the Beast' prequel series coming to Disney+

Daniel Minahan ('Halston' director) on the legendary designer: 'He was a world creator' [EXCLUSIVE VIDEO…

Dan Stevens ('Solos') on scene partner Morgan Freeman: 'He would just croon for me' [EXCLUSIVE VIDEO…