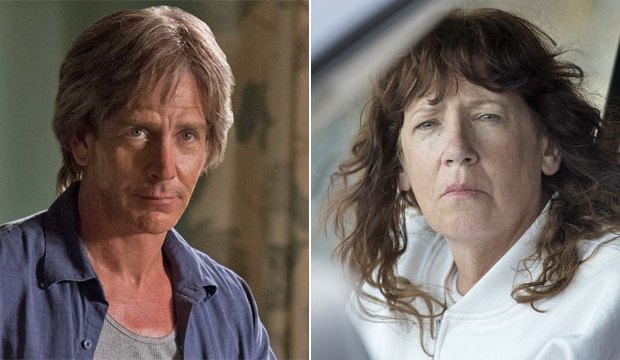 Who could have guessed that when Ben Mendelsohn (“Bloodline”) and Ann Dowd (“The Leftovers”) were killed off of their respective shows in their first seasons, they’d both be in the Emmy conversation for playing ghosts in their series’ penultimate episodes? Well, that’s exactly what’s happened, according to Gold Derby’s Emmy predictions for Mendelsohn as Best Drama Guest Actor and Dowd as Best Drama Guest Actress. Talk about spooky!

Just last year Ben Mendelsohn won the Emmy for Best Drama Supporting Actor for his dark Netflix drama, but he contends in the guest race this year because of his decreased screen time. Mendelsohn played black sheep brother Danny Rayburn on “Bloodline,” whose death is teased back in the pilot episode. Following his demise, Mendelsohn continued getting steady work on the show by appearing in flashbacks, in dreams, and in ghostly visions to haunt his murderous brother John Rayburn (Kyle Chandler).

For this final season of “Bloodline” Mendelsohn has submitted the second-to-last episode, titled “Part 32,” for Emmy consideration. Emmy ballot synopsis: Through flashbacks, the black sheep of the family continues to be a core component of the familial drama as his memory haunts the guilt-riddled Rayburns until the bitter end.

Longtime character actress Ann Dowd portrayed Patti Levin on HBO’s “The Leftovers,” a role that fans thought had ended back in Season 1 when she was murdered by Justin Theroux‘s Kevin Garvey. But she popped up throughout the second season to haunt Theroux, even causing him to have a mental breakdown. In the recently departed final season, Dowd returned to great fanfare in a dream episode in which Patti now appeared as the Secretary of Defense. Besides “The Leftovers,” Dowd is also top of mind for playing alongside Elisabeth Moss in “The Handmaid’s Tale,” though in a supporting role.

For her “Leftovers” Emmy submission, Dowd has entered the penultimate episode “The Most Powerful Man In The World (And His Identical Twin Brother)” for awards consideration. Emmy ballot synopsis: Dead and buried, but alive and well in a surreal afterlife, Patti Levin returns to torment Kevin Garvey again, this time not as a cult leader, but as Secretary of Defense of The United States.