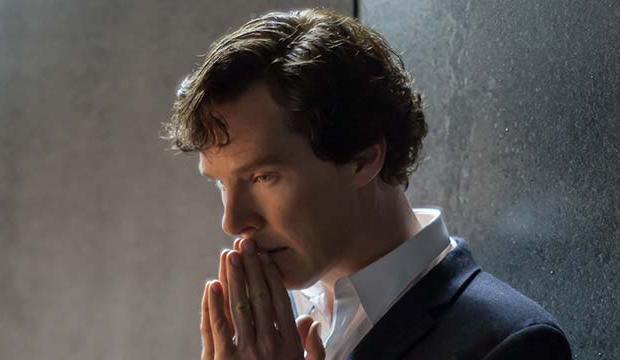 Much of the Emmy debate for Best Movie/Mini Actor this year has surrounded two-time Oscar winner Robert De Niro for his role as disgraced financier Bernie Madoff in “The Wizard of Lies” and Riz Ahmed for his breakthrough performance as a murder suspect in “The Night Of.” But up against those crime dramas, Benedict Cumberbatch is also on the case again for playing the title role in “Sherlock: The Lying Detective.” He could pull off an upset — again.

Some of our forum posters think we might be underestimating Cumberbatch, which is exactly what happened when he won this category for “Sherlock: His Last Vow” in 2014. That year the frontrunners for Best Movie/Mini Actor were Mark Ruffalo as an AIDS activist in “The Normal Heart” and a pair of co-stars from “Fargo”: Martin Freeman and Billy Bob Thornton (Freeman ended up winning Best Movie/Mini Supporting Actor for co-starring with Cumberbatch in “Sherlock”).

A similar dynamic is shaping up this year between De Niro and “The Night Of” co-stars Ahmed and John Turturro, not to mention another “Fargo” star, Ewan McGregor. Is that just the right formula for another Cumberbatch surprise? Or maybe a “Sherlock”‘ win shouldn’t be considered a surprise anymore. “His Last Vow” was the most awarded TV program of any genre in 2014, and then “Sherlock: The Abominable Bride” upset “All the Way” to win Best TV Movie in 2016. In total, “Sherlock” has won nine Emmys out of 34 nominations.

What’s more, this year marks the end of “Sherlock.” The in-demand cast and crew are moving on to other projects, so while they don’t rule out the possibility of a fifth season of the British series, they say we shouldn’t hold our breath. Emmy voters might be eager to reward Cumberbatch for his likely “Sherlock” swan song.

Read some of our forum posters’ comments about Cumberbatch below, and join the discussion now.

forwardswill: “I see him as a dark horse. ‘Sherlock’ has delivered surprise wins two times in a row now, so what’s to say it can’t be three as voters clearly love the show. BUT his win three years ago was simultaneous with growing Oscar buzz [for ‘The Imitation Game’]. He doesn’t have that this time round. Also this season was less praised than previous ones.”

Atypical: “The spoiler is Cumberbatch. I realized it immediately after seeing ‘The Lying Detective.'”

Riley: “I would predict him to win if we were still under the panel system, given his win for “His Last Vow” and the consistency of the performance. I thought that he was even better in ‘The Final Problem.’  That phone call to Molly is a scene of the year for television. Jude Law would be runner-up (if nominated) because speeches. I will take Benedict Cumberbatch more seriously as a contender for the win if ‘Sherlock’ makes a resurgence in nominations, but it does not bode well that SAG dropped him.”