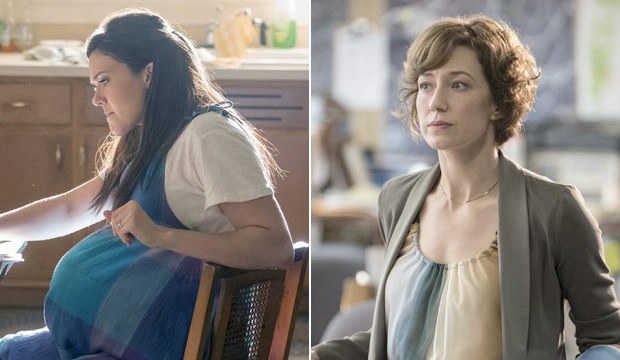 With so many new drama series sprouting up across multiple TV platforms, this year’s Emmy race for Best Drama Actress will be highly competitive. Five of the six nominees from 2016 are eligible to return to the category (winner Tatiana Maslany from “Orphan Black” is not), plus there are countless more candidates hoping for their first nominations. We’ve talked to many of these contenders already for this 2017 Emmy season, so click on each link below to be taken to our complete in-depth interviews.

Shiri Appleby (“UnReal”): “Initially I really just found her to be a complicated character. She has these ideals and morals and beliefs about herself, that she thinks she’s a good person, that she really believes in fair rights for everybody. And yet her job is in complete opposition of that.” Watch now.

Connie Britton (“Nashville”): “It was intense! It was a really big deal. There’s something very interesting about playing a really substantial death, and we don’t see that in TV very often. And I think in the world of storytelling, it’s a very interesting story to tell.” Watch now.

Carrie Coon (“The Leftovers”): “I feel incredibly privileged, it’s kind of unbelievable. It’s extraordinary. My mom keeps saying, ‘What other actress is doing this?’ I’m glad people like it and it’s not just my mother.” Watch now.

Pearl Mackie (“Doctor Who”): “I think representation is really important for people in areas that might not be as open-minded. I was lucky enough to grow up in South London, which is very diverse … but a lot of people aren’t from backgrounds that are as open-minded.” Watch now.

Brit Marling (“The OA”): “There are a lot of theories about the story she is telling. Her story, the story she tells in Part One, really is a road map, and the most careful observers of that story will find a lot of things in it that will tell you where the narrative is going next.” Watch now.

Mandy Moore (“This Is Us”): “I think people out in the world were just sort of hungry for this kind of entertainment, for something that was emotional and cathartic. There’s something really uniquely unifying and uniting about what the show is.” Watch now.

Jurnee Smollett-Bell (“Underground”): “We had set a pretty high bar for ourselves. Season 1 definitely set up such a complex world for us to explore, so it was about, OK, how do we push ourselves to our absolute limits and beyond that in season two?” Watch now.

'This Is Us' video interviews: Exclusive chats with Sterling K. Brown, Mandy Moore, Chris Sullivan and…

Emmy episode analysis: Mandy Moore ('This is Us') is still heartbroken over her husband's death in 'The…

Can Mandy Moore ('This is Us') finally break through at the Emmys? One of our top users is holding out…

'This is Us' Emmy FYC: Music, tears and the promise of a 'really ambitious' 4th season at Ford Theater…