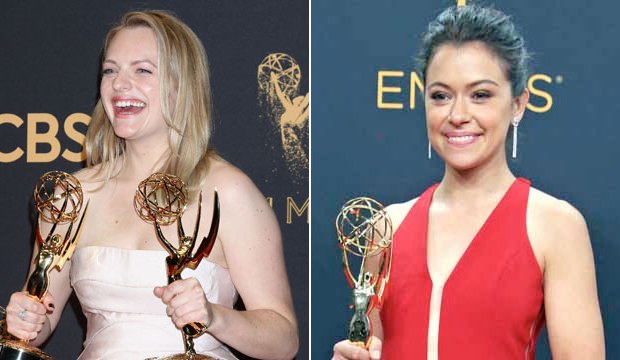 The Emmys have honored some of the strongest female characters on television throughout the 2010s. The Best Drama Actress category in particular has seen some especially powerful performances acknowledged, starting with Kyra Sedgwick’s spunky portrayal of Brenda Leigh Johnson in “The Closer” in 2010. While each of the six actresses who claimed gold this decade were deserving of their Emmy wins, which one do YOU rank as the best? Vote in our poll below.

Best Drama Actress went to only two women for the following four years — Julianna Margulies as the poised but confident Alicia Florrick in “The Good Wife” in 2011 and 2014, and Claire Danes as the brilliant but unstable Carrie Mathison in “Homeland” in 2012 and 2013. Viola Davis then made history for her performance as flawed lawyer Annalise Keating in “How to Get Away with Murder” in 2015, becoming the first black woman in history to win this category.

More recently, 2016 was the coronation of four seasons of shape-shifting work for Tatiana Maslany, who won for playing various clones on “Orphan Black.” The very overdue Elisabeth Moss then won her first Emmy this year, for playing the defiant Offred in “The Handmaid’s Tale.” Let’s take a closer look at each of their performances.

Kyra Sedgwick — “The Closer” (2010)
Sedgwick was nominated but never won from 2006-09, and when she and many others weren’t expecting it, she finally prevailed on her fifth consecutive nomination. Sedgwick played Deputy Chief Brenda Leigh Johnson with fierce determination, hellbent on finding the truth and closing her cases. Yet, Sedgwick imbued the role with warmth and charisma, creating a character that stood out even in the confines of a crime procedural.

Julianna Margulies — “The Good Wife” (2011, 2014)
Margulies had an up-and-down history with the Emmys. Many were predicting her to win for her first season but she won a year later for Season 2 in 2011. She was nominated the following year only to be dropped in 2013, even in a field of seven. She then returned in 2014 where she won for “The Good Wife’s” stellar fifth season, and then was never nominated again. One thing that remained constant, though, was Margulies’ performance as Alicia Florrick, as she navigated the webs of her personal and professional lives, maintaining her confidence even through scandals and firings.

Claire Danes — “Homeland” (2012, 2013)
When Danes burst onto the scene with “Homeland,” she eclipsed all other performances with her instantly iconic role as bipolar CIA agent Carrie Mathison. Danes pushed herself to the edge with this performance and she still does in “Homeland’s” later seasons, depicting a severely flawed woman who seems constantly on the verge of a nervous breakdown. After her two wins in 2012 and 2013, she was nominated every year until 2016.

SEEBest Drama Series 2017: Here’s how I knew ‘The Handmaid’s Tale’ would crush ‘Stranger Things’ at Emmys

Viola Davis — “How to Get Away with Murder” (2015)
Davis’ historic win in 2015 was an important one for female minorities in Hollywood, but even beyond the milestone, it was a deserving win on raw talent alone. Davis’ Annalise Keating is commanding, accomplished, sexy, manipulative, villainous, and altogether fascinating. The famous scene in which she takes off her wig helped seal the win for her, and many viewers (and Emmy voters) have been hooked ever since, even when “How to Get Away with Murder” goes off the rails.

Tatiana Maslany — “Orphan Black” (2016)
The victory for Maslany was a classic case of a delayed response on the part of Emmy voters. TV fans had been clamoring for Maslany to get an Emmy nomination (and win) from the start in 2013, but it wasn’t until 2015, the third season, that voters finally took notice. She came out of nowhere to win in 2016 when very few were predicting her, with some theorizing that she benefited from the new popular vote system. Regardless, Maslany has delivered dozens of the best performances on television since 2013, having to play numerous clones with their own unique personalities and quirks.

Elisabeth Moss — “The Handmaid’s Tale” (2017)
Moss’ victory this year was a long time coming, racking up six nominations for “Mad Men” and one for “Top of the Lake” without a single win. She found the role of a lifetime in Offred/June Osborne on “The Handmaid’s Tale,” which finally delivered the win many fans have been waiting for. Moss plays Offred as only she can, with a steely resolve but a wry smile underneath. “The Handmaid’s Tale” treads into some dark territory, but Moss’ performance offers a ray of light to keep pressing onward, despite adversity.