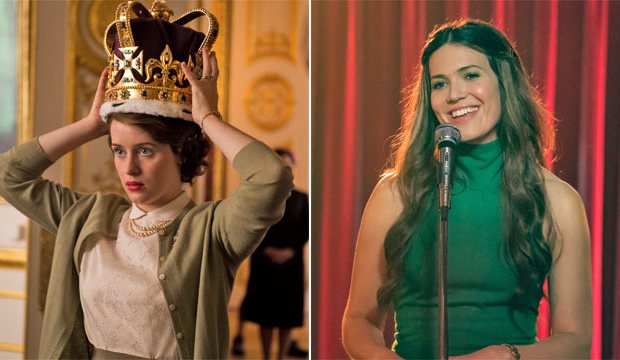 The timing couldn’t be better for shows looking to break into the Best Drama Directing category as there are four open slots, “Game of Thrones,” which took two spots last year with “Battle of the Bastards” and “The Door,” is sitting out this year’s Emmy cycle.  Also ineligible are two more nominated series from last year — “Downton Abbey” and “The Knick” — which are no longer airing.

Among those shows that could figure in this year’s nominees are two first-year series, “The Crown” and “This Is Us,” that are likely to be among the leading contenders for overall bids.

“The Crown” only submitted only one episode: “Hyde Park Corner” where Princess Elizabeth (Claire Foy) learns she is now Queen of England. This episode was directed by Stephen Daldry a three-time Oscar nominee (“Billy Elliot” 2000, “The Hours” 2002 and “The Reader” 2008). Since 2000, three other Oscar nominees have won Best Drama Directing at the Emmys.

Before Alan Ball won for helming an episode of “Six Feet Under” in 2004 he won an Oscar for Best Original Screenplay (“American Beauty,” 1999). Martin Scorsese prevailed for the “Boardwalk Empire” pilot in 2011 four years after finally winning the Oscar for Best Director (“The Departed”). And David Fincher, who won an Emmy for “House of Cards” in 2013, was a past two-time Oscar nominee for Best Director (“The Curious Case of Benjamin Button,” 2008 and “The Social Network” 2010).

However, all three of these men prevailed for the pilots of their respective series while Daldry submitted the second episode. Indeed, since 2000, those three plus three other shows have won for their pilot: “The West Wing” (Thomas Schlamme) in 2000; “Deadwood” (Walter Hill) in 2004; and “Lost” (J.J. Abrams) in 2005.

“This Is Us” entered eight episodes, which could split their support and cancel themselves out. And it also has to overcome a bias against shows from the big four networks. The last winner from one of these was almost a decade when NBC’s “ER” took the prize in 2009 for their series finale “And in the End” (Rod Holcomb).