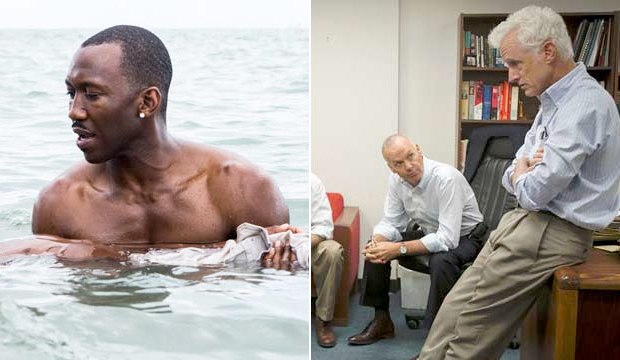 While it’s hard to pinpoint exactly how much money is spent on Oscar campaigns each year, it’s clear why Hollywood covets that little golden statue so much. In the past decade, every Best Picture winner has gone on to make millions of extra dollars following their Oscar victories. This year’s champ “Moonlight” added another $5.5 million to its tally, while last year’s winner “Spotlight” earned an additional $5.9 million. Cha-ching!

Since most of the Best Picture champs were released at the end of a calendar year, their post-Oscars increases in February or March are even more impressive considering it often means audiences are going out to see a film several months after its premiere. And some winners, like “Moonlight,” were even re-released in theaters following their Oscar victories in the hopes of earning that additional cashola.

Below, let’s take a look at the past 10 Best Picture winners, from “Moonlight” to “No Country for Old Men,” in terms of their domestic box office grosses. Pay special attention to how much more they raked in following each year’s Oscar telecast. Statistics courtesy of Box Office Mojo.

Could 'The Irishman' turn out to be this year's 'Spotlight' at the Oscars?

Barry Jenkins ('If Beale Street Could Talk'): What you need to know about his follow-up to 'Moonlight'…