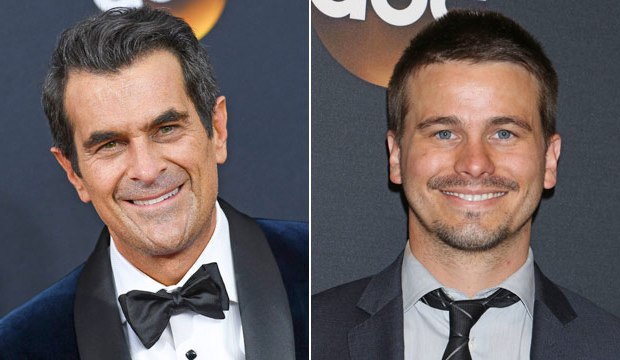 “Modern Family” favorite Ty Burrell scored a bonus Emmy nomination this year in the race for Best Short Form Actor, for “Boondoggle.” Will Burrell take home his third career trophy this year, or might one of his competitors — Kim Estes (“Dicks”), John Michael Higgins (“Tween Fest”), Jason Ritter (“Tales Of Titans”), Ben Schwartz (“The Earliest Show”) or Alan Tudyk (“Con Man”) — prevail on Emmy night? Let us know who YOU think will win this year’s Emmy race for Best Short Form Actor by voting in our poll below. (See complete list of 2017 Emmy nominations.)

Burrell won Best Comedy Supporting Actor twice (2011 and 2014) and is nominated again this year for “Modern Family.” In ABC.com’s “Boondoggle,” Burrell plays the aptly named Ty in a loose adaptation of his own life, who hits it big as an actor but still wants to hang out with his 40-something buddies.

Though Higgins has been working for decades, shockingly this is also his first Emmy bid. Higgins contends for go90’s “Tween Fest” where he portrays Todd Crawford, a single dad who organizes a youth entertainment desert festival for his daughter.

Ritter earned a guest acting Emmy bid for “Parenthood” in 2012, the first of (we’re sure) many more to come for the rising young star. He plays Greg in go90’s “Tales of Titans” comedy short about an eSports tournament.

Schwartz stars as Josh Bath in FunnyOrDie’s “The Earliest Show” alongside Lauren Lapkus, who’s nominated over in the Best Short Form Actress race. The show is billed a silly version of a broadcast morning show, where anything can (and does) go wrong live on-air.

Tudyk plays Wray Nerely in Comic-Con HQ’s “Con Man,” a show about a struggling actor that’s also nominated as Best Short Form Actress for Mindy Sterling. The cult star of “Firefly” and “Rogue One” is enjoying his first ever Emmy bid.

This is only the second year of this Emmy category that honors actors who appear in short form comedies and dramas, with last year’s inaugural trophy going to Rob Corddry (“Childrens Hospital”). Who will prevail at the 2017 Emmys?