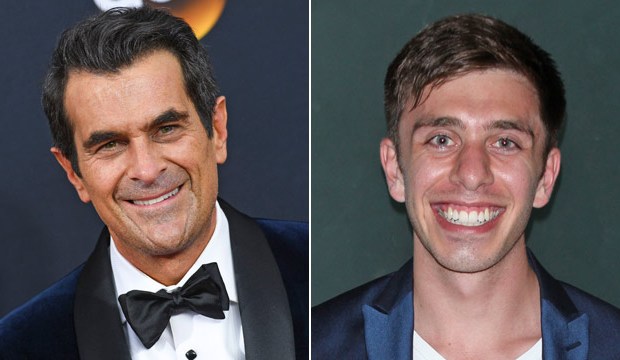 Of the 33 men submitted on the 2017 Emmy ballot as Best Short Form Actor, many notable names stand out including Ty Burrell (“Boondoggle”), Brock Ciarlelli (“Valet”), John Michael Higgins (“Tween Fest”) and Jason Ritter (“Tales Of Titans”). See the full list below. Who do YOU think will win the Emmy for Best Short Form Actor? Let us know by sounding off down in the comments section.

This is only the second year of this Emmy category that honors actors who appear in short form comedies and dramas, with last year’s inaugural trophy going to Rob Corddry (“Childrens Hospital”). Luckily for this year’s crop of contenders, “Childrens Hospital” ended in 2016 so Emmy voters will be anointing a brand new champion in the category.

Of the four names we mentioned, Burrell is already an Emmy fave, getting nominated seven times for “Modern Family” and winning Best Comedy Supporting Actor twice (2011 and 2014). Ciarlelli is well-known to fans of “The Middle” as Sue’s (Eden Sher) flamboyant best friend Brad Bottig, a role for which he also appears on the Emmy ballot as Best Comedy Guest Actor. Though Higgins has been working for decades, shockingly he has yet to land an Emmy nom though he could score two this year as he also stars in Tina Fey‘s “Great News.” And Ritter earned a guest acting Emmy bid for “Parenthood” in 2012, the first of (we’re sure) many to come for the rising young star.

Here is the list of all 33 eligible men who pop up on the 2017 Emmy ballot as Best Short Form Actor. Which names stand out to you? Only five of these contenders will be recognized when Emmy nominations are announced later this week on July 13.

Michael Moskewicz as Jesse (“Everyone I Love Is Dead”)

Matt Servitto as Satan (“Your Pretty Face Is Going To Hell”)

Henry Zebrowski as Gary (“Your Pretty Face Is Going To Hell”)