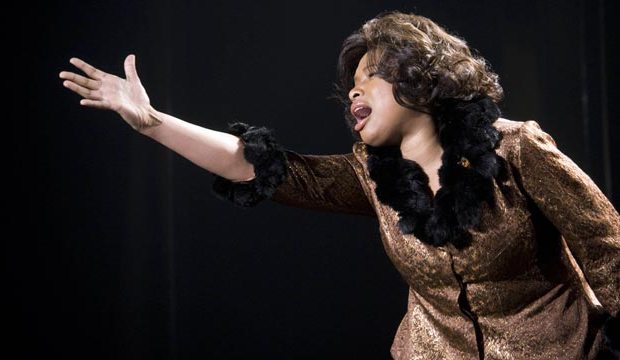 The Oscar for Best Supporting Actress went to many A-list stars in the 2000s, including Cate Blanchett, Renée Zellweger, Catherine Zeta-Jones and Penélope Cruz. Some were not as well-known but earned a nice boost in their careers, such as Marcia Gay Harden, Jennifer Connelly, Rachel Weisz and Jennifer Hudson. Then there were others who showed a whole new side of their talent, like Tilda Swinton and Mo’Nique.

The quality of their Oscar winning performances has been debated for years, but who is your favorite Best Supporting Actress Oscar winner of the 2000s? Take a look back on each of their performances and then vote in our poll below.

Marcia Gay Harden, “Pollock” (2000) — Marcia Gay Harden came out of nowhere to win Best Supporting Actress for “Pollock,” in which she plays impressionist artist Lee Krasner, the long-suffering wife of Jackson Pollock (Ed Harris). Harden had not even been nominated at any of the major precursors. She would later be nominated for “Mystic River” (2003).

Catherine Zeta-Jones, “Chicago” (2002) — Catherine Zeta-Jones was the scene-stealer of “Chicago,” in which she plays accused murderess Velma Kelly, a role that required her not only to act, but to sing and dance at an expert level. She swept most of the precursors. This is Zeta-Jones’ only nomination and win at the Oscars.

Renée Zellweger, “Cold Mountain” (2003) — Renée Zellweger, Zeta-Jones’ co-star in “Chicago,” took home Best Supporting Actress the following year, for her performance as rustic farmer Ruby Thewes in “Cold Mountain.” Zellweger earned every major precursor on the way to Oscar. She had been nominated the previous two years for “Bridget Jones’s Diary” (2001) and “Chicago” (2002).

Jennifer Hudson, “Dreamgirls” (2006) — Jennifer Hudson is a prime example of a dream coming true in Hollywood. Having previously been known as a singer on “American Idol,” she knocked it out of the park with her debut performance in “Dreamgirls” as Effie White and swept award season all the way through. “Dreamgirls” remains the only nomination for Hudson.

Mo’Nique, “Precious” (2009) — Mo’Nique, primarily known for her standup and roles in outrageous comedies up to that point, surprised everyone with her brutally real performance as abusive mother Mary Lee Johnston in “Precious.” She easily swept through award season, including most of the critics groups as well. This is Mo’Nique’s only Oscar nomination and win, though she was recently nominated at the Emmys for playing Ma Rainey in the TV movie “Bessie.”