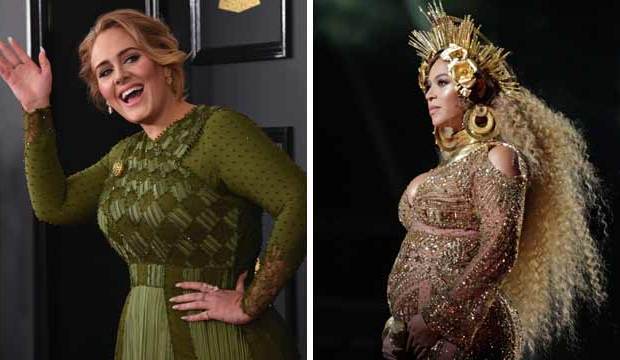 It was another clean sweep for Adele at the Grammys on Sunday. She won all five of her nominations, and when she scooped up Album of the Year for “25” — her second victory in that top category following “21” five years ago — she readily admitted that she was rooting for Beyonce to win for her cultural and critical sensation “Lemonade.”

POLL: Was Beyonce cheated out of Grammys by Adele?

In the interview with Pitchfork, recording academy president Neil Portnow addressed this third loss by Beyonce for Album of the Year but rejected the idea that it was down to race. “We don’t, as musicians, in my humble opinion, listen to music based on gender or race or ethnicity. When you go to vote on a piece of music — at least the way that I approach it — is you almost put a blindfold on and you listen. It’s a matter of what you react to and what in your mind as a professional really rises to the highest level of excellence in any given year. And that is going to be very subjective.”

Indeed, as Portnow explains, “when we say the Grammys, it’s not a corporate entity, it’s the 14,000 members of the Academy. They have to qualify in order to be members, which means they have to have recorded and released music, and so they are sort of the experts and the highest level of professionals in the industry. “

So, perhaps it is more of an age issue. Recording academy members tend to be older, much like Oscar voters. The Grammys would do well to launch a similar outreach program as the one initiated by the motion picture academy last year.

3 ways Taylor Swift made history at the VMAs

Grammys flashback: 10 years ago Adele crushed the competition with '21,' and she hasn't lost…

Beyonce songs, ranked: Counting down her 32 greatest hits as we begin the 'Renaissance'

Beyonce 'Renaissance' reactions and hot takes: Is it her 'most fun album in years' or 'way too…

How Bruno Mars, H.E.R., Adele and Bad Bunny could make history at 2023 Grammys