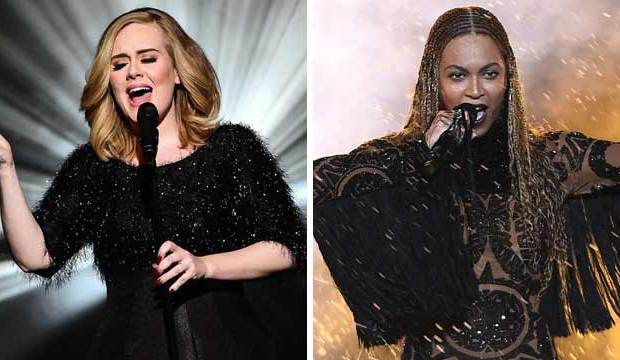 Adele pulled off a clean sweep at the Grammys on Sunday, winning all five of her nominations including the top prize of Album of the Year for “25.” However, when reluctantly accepting the award, she readily admitted that she was rooting for Beyonce to win for her cultural and critical sensation “Lemonade.”

That marked the third loss for Beyonce for Album of the Year. She was bested in 2010 for “I Am… Sasha Fierce” by Taylor Swift (“Fearless”), who, at age 20, became the youngest-winner ever. Beyonce was back in the hunt in 2015 with her self-titled disc but was edged out by Beck for “Morning Phase.” (An earlier version of this item erroneously reported that it was an album named for himself.)

The recording academy president Neil Portnow explained away this third loss for Beyonce by saying, “When you go to vote on a piece of music — at least the way that I approach it — is you almost put a blindfold on and you listen. It’s a matter of what you react to and what in your mind as a professional really rises to the highest level of excellence in any given year. And that is going to be very subjective.”

Who do YOU think should have won Album of the Year? Vote in our poll below and then sound off in the comment section.