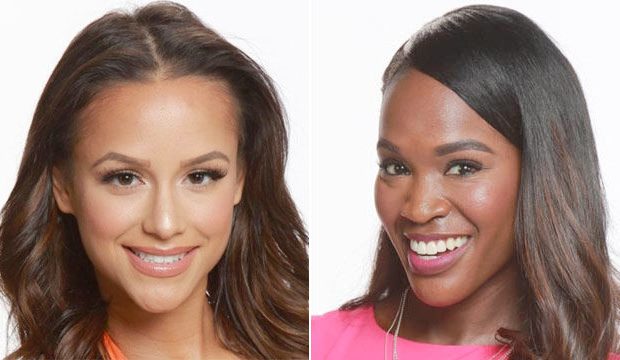 Thursday night a fourth houseguest on “Big Brother” Season 19 will be evicted from the game and she will join the other evictees — Cameron Heard, Jillian Parker and Cody Nickson — in the Battle Back Showdown, to be aired in a special Friday night episode, for a chance to re-enter the house net week. As this week’s Head of Household, Alex Ow nominated Dominique Cooper and Jessica Graf for eviction and in failing to win the coveted Power of Veto for themselves (it instead was won by Jason Dent, who chose not to use it), both remain on the block and one of them will be evicted. So, who will it be? Below I take a closer look at why the women are on the block and what odds you’ve given them to escape eviction.

Coming off of back-to-back weeks as a nominee herself, Alex as HOH was looking to make a move that would keep her on good terms with the house. In that regard, nominating Jessica was an easy call for her to make. Ever since Cody’s reign as HOH in week 2 and well-into Paul Abrahamian‘s the following week, Jessica has been sidelined by most of the house based on her close relationship with Cody. Because Cody was evicted last week, nominating Jessica meant that no one would be personally offended and getting rid of her would effectively mean finishing what they started by evicting Cody.

In our exclusive “Big Brother” odds Jessica is the more likely player to be evicted with leading 10/3 odds compared to Dominique’s 9/2. That means according to you, it’s a toss up and based on the last few weeks of voting where hinky votes caused unexpected results on the vote tallies, anything can happen.

Unlike Jessica who is in danger because of her actions earlier in the game, Dominique is on the chopping block because of more recent events. Last week during her talk show event in the house, Dominique asked questions of the week’s nominees more probing than her alliance members were comfortable with, setting off alarms with regard to her trustworthiness. Paul spearheaded a movement against her, aligning in secret with Alex to make Dominique the prime target of the week rather than Jessica who they agreed has few avenues of alliances left to work with. Since her nomination, Dominique’s relationship with the other houseguests has continued to slide downhill and many now see her as a huge threat to their own game.

Who do YOU think will be evicted this week? Will the woman evicted have a chance of getting back into the house in the Battle Back? Be sure to update your own predictions in our season-long event and then let us know what you think in the comments.