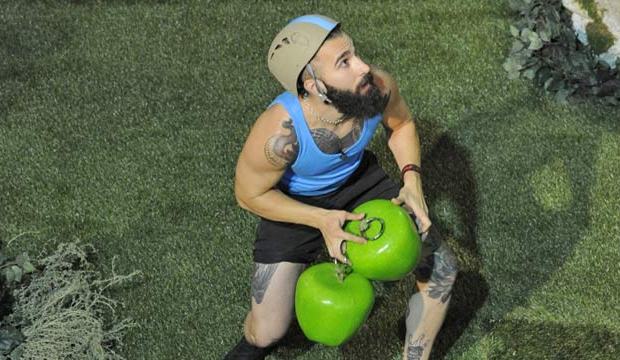 To put it mildly, the first two weeks of “Big Brother” Season 19 have been wild. Four of the original houseguests are now out of the game, one on the first night and another quit shortly after, and one player has yet to be cleared by medical to compete in challenges following an injury in the house. Thursday night one of the season’s most entertaining players, Cody Nickson, was evicted, leaving only 13 left to compete for the $500,000 prize. Until next week, that, is as host Julie Chen announced that following next week’s eviction four eliminated players will compete in the Battle Back Showdown to re-enter the game.

But first, let’s take a closer look at the 13 players currently in the house for our first power ranking of the season. Read my thoughts on each of the players, listed from the most powerful to the least, and then update your predictions in our season-long event.

It makes most sense that we start our power rankings with Paul alone at the top. He entered the game in the vulnerable position as the only returning player in the season, but was given reprieve when America offered him the first Temptation, buying him some time to get a foothold in the game. This week he’s in his final lap under the Pendant of Protection which has kept him safe from eviction for three weeks. He’s spent his time cultivating a small, but tight crew of players that support him, most of them swiped from under Cody’s feet. Though he’s available to be evicted starting after this current week, I think Paul will have put himself in a position that will get him at least to the jury and from there he can work his magic just like he did last season and possibly make it to the finals again.

Paul’s closest ally is Christmas, who he successfully saved from being backdoored last week, which makes her the likeliest beneficiary of Paul’s power in the house–my guess is that he’ll protect her over anyone else. Additionally, her accident and recovery from surgery are going to minimize her challenge threat level which was very high and as a non-threat in most HOH and POV comps, it would be dumb for anyone to nominate her for eviction in the next few weeks. Alex, on the other hand, continues to be a challenge beast and as an outsider of Paul’s power alliance is probably one of the biggest targets in the game. That being said, she managed to get through this week’s eviction without a single vote cast against her and that speaks highly of her ability to lay low and let others dig their own graves.

Maven (Matthew and Raven) and Marlena (Mark and Elena) are not only Paul’s main minions, but they’re also a very tight group of four that together have the power to sway the entire house one way or the other in each eviction. As a unit their strength is considerable and the only way to stop it is for someone to break it up. The problem with that is they currently have Paul, Christmas and Dominique working with them which makes a giant alliance of seven that every outside in the game has been and will continue to be hesitant to stand up to.

Three of those outside are Josh, Jason and Kevin, all of whom have at different points so far been quietly discussed as potential targets. Josh was a huge target early in the game for playing selfishly and stirring up a lot of drama, but has since calmed down and is proving himself a loyal follower to Paul. Jason has also proved his loyalty, but as a quiet player is still unpredictable and poses a threat. Kevin on the other hand is very dangerous — he’s cast wonky votes in the last two evictions and, as of this writing, no one in the house knows about it. Last week he let Ramses take the blame for a wonky vote against Jillian and this week he went against the house and voted against Ramses. Once the house figures out that Kevin is responsible for those votes, he’s going to be a huge target.

Dominique, Ramses and Jessica are all in really tough spots this week because of past mistakes. Jessica, as Cody’s right hand woman, is the obvious target this week and is an easy house-placating nomination. Ramses is likely going to feel the heat of coming so close to winning the POV that he was supposed to throw and could be put back on the block as an easy nomination. Dominique upset her own alliance by asking too probing of questions during her mock talk show so if they think she’s likely to spill the beans on all their secrets then they may be willing to sacrifice her earlier than expected.