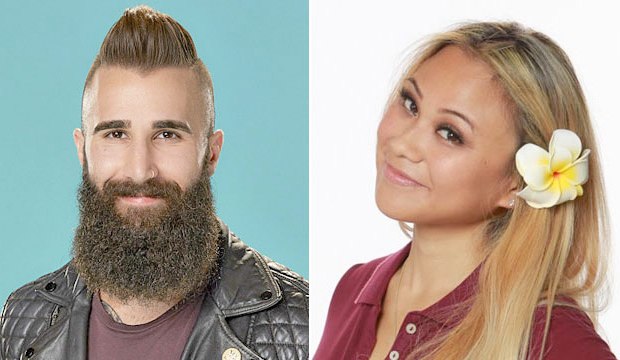 It looks like friendship is the key ingredient in “Big Brother” Season 19. In our poll below, readers have made it clear that they want either Paul Abrahamian or Alex Ow to win the game, with both nabbing impressive vote totals. Paul comes in with a leading 26% of the vote, while Alex is in second place at 20%. Who do YOU want to win this season of CBS’s long-running reality TV show? Keep voting in our poll below and then make your “Big Brother” 19 predictions for a chance to win a $100 Amazon gift certificate. It’s fun and easy, so start predicting right now.

Paul is this season’s only returning player, which gave him an early advantage when it came to receiving America’s reward of safety for the first three weeks. (Is it fair for veterans to play against newbies?) Paul is such a favorite among the other players that they unanimously chose him to battle against Cody Nickson in last week’s Battle Back Showdown. Though he lost that challenge, Paul still avoided being put up on the nomination block this week by Head of Household Jessica Graf. How much longer can Paul remain in the house before the other players start getting suspicious that he’s playing everyone?

Alex won last week’s Head of Household competition, which resulted in the eviction of Dominique Cooper. Alex and Paul have worked secretly together for much of the past two weeks, but can their alliance last much further in the game before it’s discovered? With Alex out of power, it was a bit of a surprise not to see her nominated for eviction as a retaliation vote for nominating Jessica the week prior, but Jessica and Cody have bigger fish to fry this week in the form of Josh Martinez.

Have YOU voted yet in our poll asking who should win this season? When all of the current numbers are tabulated, Paul and Alex receive the highest percentages, but here are how the other votes fall: 16% for Christmas Abbott, 10% for Kevin Schlehuber, 7% for Jessica, 5% for Matthew Clines, 3% for Cody, Ramses Soto, Mark Jansen and Raven Walton, 2% for Jason Dent, and 1% for Josh and Elena Davies.

Will Josh or Ramses be evicted this week? Be sure to make your “Big Brother” predictions before Thursday’s elimination episode airs.