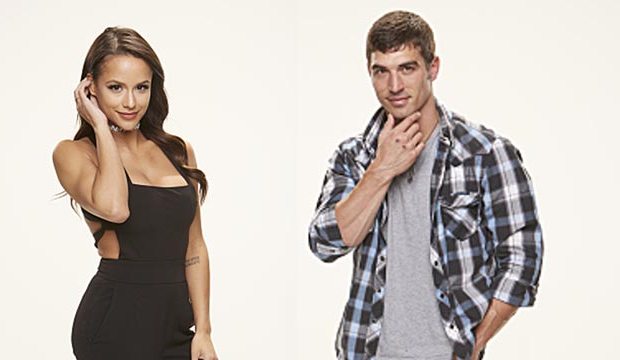 The all important Power of Veto competition was held on Wednesday night’s “Big Brother,” determining if current Head of Household, Jessica Graf, could retain her control over the house. Earlier this week she targeted Josh Martinez by placing him on the block next to a pawn, Ramses Soto. But was the Power of Veto used to ruin her plans to evict Josh? And are the other houseguests still plotting against her and her boyfriend Cody Nickson? Find out in our Season 19, Episode 14 recap below. Hurry — make your “Big Brother” 19 predictions for a chance to win a $100 Amazon gift certificate. It’s fun and easy, so start predicting right now.

Jessica decided to nominate Josh and Ramses because they are both floaters in the house and she wants time to rebuild alliances with the power players in the house. Shortly after the nomination ceremony, Josh took the time out to go cry in the bathroom and continued his sob-fest in the diary room. Hurt by Jessica’s statement that she felt he didn’t deserve to be in the house, Josh couldn’t keep his emotions in check, even though he spent the entire HOH competition taunting both Jessica and Cody earlier. The man is an emotional rollercoaster and it’s exhausting to watch. Christmas Abbott successfully talked him off the ledge, but this guy has zero chance of winning this game.

Jessica wanted confirmation that her target, Josh, would be sent home. In a conversation with Elena Davies and Paul Abrahamian, Paul refused to give her a straight answer about who he would vote for. She promptly went into the HOH room with Cody where they engaged in heavy petting while discussing their annoyance with Paul. Meanwhile, Paul was rallying Alex Ow, Jason Dent and Kevin Schlehuber to ensure they work to keep Josh in the house and ruin Jessica’s plans. Paul then gave Josh a pep talk, telling him exactly what to do and how to play the game. Josh shook his head like a helpless puppy and pledged to follow Paul’s orders. Why nobody in Paul’s alliance seems to care that he’s running the entire house right in front of their eyes remains a mystery. Props to Paul, but these houseguests are pathetic.

Christmas revealed to Cody that she was the first female in the NASCAR Sprint Cup Series to be in the pit crew. Cody reacted with the kind of excitement my dog gets when he hears the refrigerator open, but later revealed in the diary room that he was faking his emotion in an attempt to improve his social game. So don’t be alarmed, Cody still has a wooden personality, he just learned to pretend that he’s fun.

It was then time for the Power of Veto competition where Jessica, Josh and Ramses were joined by Cody, Christmas and Jason. In “BB Juicy Blast,” houseguests were required to remember a series of ingredients to put in their smoothies. If their memory failed them, and they put in a wrong ingredient, the smoothie would explode in their face and they would be out of the competition. Christmas was the first to take a blast to the face, followed by Jason, Ramses and Josh. With only Jessica and Cody remaining, the duo couldn’t have been more thrilled. In an act of true romance, Josh took a smoothie bomb to the face ensuring that his princess Jessica won the Power of Veto.

Paul ensured Josh he would be safe this week, but instructed him to act defeated as to not make Jessica suspicious. Paul then joked with Matt Clines and Raven Clines about the stupid move Jessica made by nominating Ramses and Josh. It is clear to them that Ramses is the less predictable player, and it only makes sense to keep Josh in the house. Ramses confessed to Jessica that he thinks the house may not go along with her plan to evict Josh. When Jessica asked Raven if the house would vote to evict Josh, Raven gave a pathetic non-response that made Jessica consider using the veto on Ramses.

Jessica brought her apprehension to Cody and told him that she wanted to use the veto to pull Ramses off the block and put Alex next to Josh. She was concerned the house was plotting against them, and felt it would be the only way to ensure Josh went home. Cody insisted that she shouldn’t rock the boat and he was convinced Josh would go home regardless of the other nominee. Jessica made the stupid choice to listen to her boyfriend and decided not to use the Power of Veto. Unless something else shakes up the house, Jessica and Cody will likely be blindsided Thursday night when the house votes to evict their pawn, Ramses.