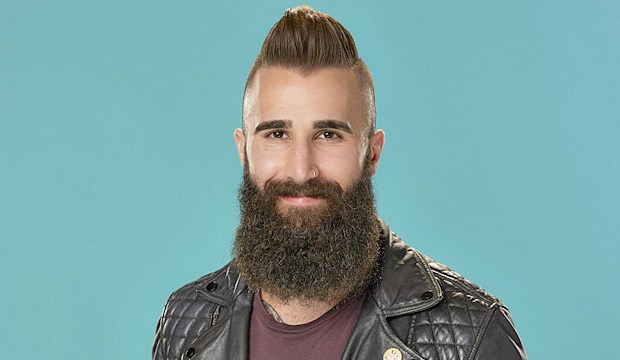 Paul Abrahamian continued his reign as Head of Household on “Big Brother” Sunday night and three houseguests were nominated for eviction. Did he take Jessica Graf’s word that she holds the power to keep her and her boyfriend, Cody Nickson, safe this week? Or did the savvy veteran call her bluff and target them once again? Find out those details, as well as who lost the first ever “Temptation Competition” in our Season 19, Episode 16 recap below. Hurry — make your “Big Brother” 19 predictions for a chance to win a $100 Amazon gift certificate. It’s fun and easy, so start predicting right now.

After the house blindsided Jessica and Cody and voted out Ramses Soto instead of their target, Josh Martinez, a war had officially been waged against the power couple for a second time. Paul then won the all-important HOH competition which led Jessica to drop a bombshell and inform the houseguests that she had won the last temptation and her and Cody would be safe for “the next few weeks.” While Jessica embellished her power, she does have the power to halt one eviction ceremony and save everyone on the block. But she can only use it once, not for three weeks in a row.

To date, Jessica and Cody are the only players to not roll over and play dead whenever Paul enters a room. So it came as no surprise that a heated discussion between Paul and Jessica transpired where she expressed that she has been blindsided twice and had no interest in Paul critiquing her for assuming he would go after herself and Cody once again. Meanwhile, Elena Davies and Mark Jansen were on edge, because they believed they were part of the core alliance, but soon realized they were outcasts after being left in the dark about the last eviction.

Josh continued his mission to become the most annoying player in “Big Brother” history. For someone who sobs uncontrollably whenever someone is mean to him, he sure loves to dish out disparaging remarks and cause chaos. If he isn’t taunting players who he feels aren’t on his side, he walks around the house smashing pots and pans together just to aggravate his enemies. Some houseguests find it amusing, but Mark has been the target of Josh’s aggression for days and it became clear he was ready to punch Josh in the face. As gratifying as that could be, violence is not allowed within the house.

In a discussion with Jason Dent and Kevin Schlehuber, Paul stated he was prepared to call Jessica’s bluff and nominate them for eviction, forcing her to expose her temptation. If he was not able to nominate them, Kevin suggested he could easily put up Mark and Elena instead. But Paul thinks Cody had panic in his eyes and Jessica is trying to pull one over on him. In the case Jessica actually pulled herself and Cody off the block, Paul was prepared to target Mark. Little did Paul know that Jessica and Cody would only be saved at the live eviction, making his whole week as HOH totally worthless.

Paul continued his master manipulation over the house by convincing Elena to distance herself from Mark. Elena followed his orders like a good little soldier and had an uncomfortable conversation with Mark that likely ended at least one showmance this season.

Because the final temptation was accepted by Jessica, a twist was unleashed on the house for the next three weeks. For the first time in “Big Brother” history, a “Temptation Competition” would be played, but only for players who choose to participate. Why be tempted to compete? Because the winner of the competition is guaranteed safety, but the loser automatically goes up on the block as a third nominee. The houseguests that chose to compete this week were Alex, Jason, Matt Clines (under strict orders from Paul), and Mark.

The four competitors were dressed in tutus while engaged in a heated game of “Bowlerina.” The first player to knock down all of their pins after spinning in circles would earn safety for the week. Jason was up first and gave a disastrous performance. Unable to deal with the spinning, Jason could barely stand let alone knock over pins. Alex was up next and had no problem with dizziness, but could barely muster the strength to get the balls up the ramp to knock down her pins. Matt competed in the same fashion he does everything else in the house. He wasn’t great, but he wasn’t terrible and barely noticeable. Mark basically moved at a snail’s pace, but muscled the balls up quickly enough to earn the fastest time and secure what he felt was much needed safety this week. Jason lost and was automatically put on the block as a third nominee.

When it came time for the nomination ceremony, Paul decided to stick to his gut and call Jessica out on her “bluff.” He nominated Jessica and Cody, who joined Jason on the block. When Jessica failed to pull herself and Cody down, the house immediately thought she was lying about her power to keep the targeted duo safe. Little do they realize that her powers won’t be used until eviction night, nullifying the entire week. Tune into CBS Wednesday night to find out who wins the Power of Veto and if it even matters.