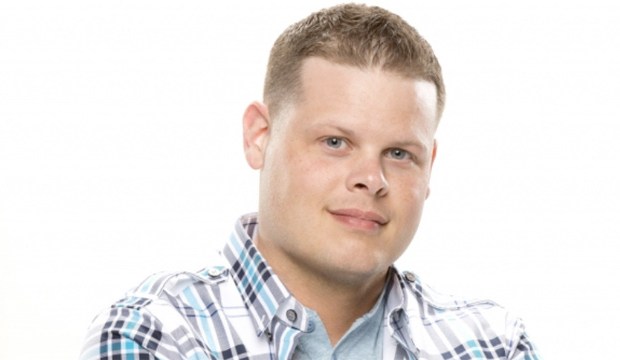 After an action packed double eviction sent both Cody Nickson and Elena Davies to the jury house on Thursday, a special Friday episode of “Big Brother” walked viewers down memory lane and kicked off an important Head of Household competition that could change the direction of the game. Season 16 champ, Derrick Levasseur, returned to socialize with the houseguests and host the high stakes competition. So, what drama unfolded after Thursday’s double eviction? Find out in our Season 19, Episode 25 recap below. Hurry — make your “Big Brother” 19 predictions for a chance to win a $100 Amazon gift certificate. It’s fun and easy, so start predicting right now.

Emotions ran high for Mark Jansen as he sat crying in the diary room after Elena’s eviction. The tears likely had to do with some guilt over Elena leaving, but more so from feeling completely isolated in a house that is now all against him. Meanwhile, Paul Abrahamian and his minions celebrated Cody’s exit, a player who had gotten under all of their skin the entire season. In his diary room session, Paul also asked the question all of America has been wondering this summer, why has nobody even considered putting him on the block?

Matt Clines continued to bury his head in the sand, stating in the diary room that despite all of the showmances being targeted this season, he and Raven felt safe. This naïve train of thought also comes after he was put on the block twice in a row as a pawn. I’m not sure who he thinks the rest of the house is targeting once they get rid of Mark, but he needs to take a good long look in the mirror.

Paul got his feathers ruffled after hearing Mark was targeting him. Where Paul gets the nerve to get upset by that, when he has been targeting Mark for weeks, is anyone’s guess. Regardless, he threw a tantrum in the kitchen trying to provoke an argument, but Mark was nearly unresponsive. Broken, Mark just sat there and took a tongue lashing. There was no purpose in arguing with Paul, who had the entire house behind him, willing to hold his hand. Mark is totally alone in this game and will have to win HOH or Veto every week for the rest of the summer to survive.

Ding Dong! The “Big Brother” doorbell rang and the houseguests were thrilled to see Season 16 winner, Derrick, walk through the door. Carrying a large bag, Derrick said “I’m the next twist” and I literally had to pause my screen for a few seconds to bask in the terrified look on Paul’s face. It was probably the only chance to see him squirm all summer. Once Derrick said he was joking, Paul’s terror returned to joy and he literally jumped for joy. Josh Martinez commented how incredibly Derrick played the game, manipulating the entire house while never once being nominated for eviction. Interestingly enough, Josh can’t wrap his head around a possible parallel happening this season right in front him.

DISCUSS ‘Big Brother’ with Hollywood insiders in our notorious forums

The houseguests then walked down memory lane with Derrick, while viewers watched highlights of the season. If there is one thing I’d be happy to never see again, it would be Josh screaming and banging pots and pans around the house. Or Jessica Graf and Cody snuggling. But I guess that is the sad legacy of Season 19 so far. The memories seemed to consist of nothing but arguments and showmances; a disappointing reminder of the lack of game play these houseguests are capable of. There were a couple of funny moments I guess, including Kevin Schlehuber’s disdain for zoos and Jessica’s lack of knowledge concerning certain body parts.

Derrick then announced he was there to host the next HOH competition, and if the players planned on winning, they better have a good memory of the season so far. As they gathered in the backyard, the episode concluded. We will find out who wins HOH and which houseguests are nominated for eviction on Sunday’s episode on CBS.

Be sure to make your predictions so that the contestants can see how they’re faring in our racetrack odds. You can keep changing your predictions until just before the live shows air every Thursday on CBS. You’ll compete to win a spot on our leaderboard and a $100 Amazon gift certificate. See our contest rules and sound off with other fans in our reality TV forum. Read more Gold Derby entertainment news.