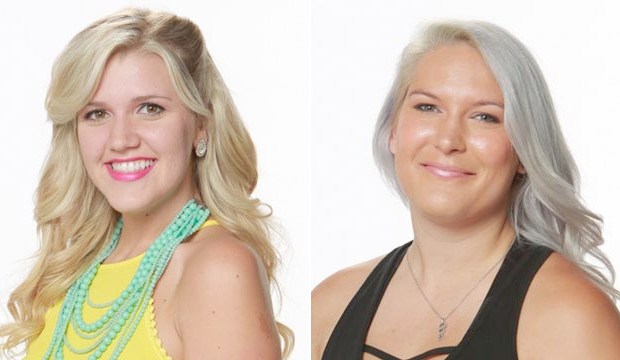 It was a night filled with temptation and shocking exits on “Big Brother” Sunday night, with one houseguest quitting the game, a replacement nominee announced, and a “Den of Temptation” unleashed on the house. Tensions ran high on the CBS reality series, but who was sent packing and who did America choose to receive this week’s most influential temptation? Check out our recap of “Big Brother” Season 19, Episode 3 below. Hurry — make your “Big Brother” 19 predictions for a chance to win a $100 Amazon gift certificate. It’s fun and easy, so start predicting right now.

Fresh off the announcement of the nominations, veteran Paul Abrahamian wasted no time mocking Head of Household (HOH) Cody Nickson’s weak move. The Season 18 runner-up felt he was a shoe-in to be up on the block this week, and couldn’t believe Cody let him slide. Meanwhile, Cody’s main target, Megan Lowder, was struggling to overcome the personal attacks on her character. The professional dog walker was hurt that Cody put her on the block simply because he doesn’t like her, and she proceeded to have a complete mental breakdown.

With all the stress in the house, a little showmance is expected to relieve the tension, but this season may set an all-time record. Just days into the summer there are already three couples who have given themselves monikers to celebrate their newfound love in the house. Beefy Mark Jansen and his blond bombshell, Elena Davies, now officially go by “Marlena.” Cody, the military infantryman with self-proclaimed “needs” is locking lips with Jessica Graf, who wraps herself in American flags to get his heart racing. You can call them “Jody.” Finally, Raven Walton let down her Princess Leia buns to get a little cozier with the silver fox, Matt Clines – together they are “Maven.” These six will likely fall into an alliance by default until someone is heartbroken and they all implode from the wrath.

Meanwhile, Josh Martinez continued to sulk in his own misery and cry about missing his parents. In a sobering moment, Mark revealed that his parents were both deceased and at least Josh had a family to return to. While that seemed to gain sympathy for Mark from most houseguests, Josh appeared incapable of snapping out of his own self-loathing.

As reigning HOH, Cody could was forced to name the first five “have-nots,” who are subjected to a diet of slop, cold showers, and sleeping in the most painful have-not room of all time. Wisely, he asked for volunteers, and stupidly, he got them. Ramses Soto, Jillian Parker, Josh, Megan, and Paul all raised their hand for the week of torture. But they were also offered a temptation! Two key boxes were secured on the wall of the “have-not” room – one buys freedom while the other extends your “have-not” status another week. Always up for fun, Paul bit the bullet and took the temptation, luckily drawing the correct key and winning his way out of “have-not” status.

The night’s biggest drama centered on Megan, who told Alex Ow that Jessica had made a racist comment about her. Megan said Jessica referred to her as “panda” because of her Asian descent. But when Alex confronted Jessica, Jessica denied the statement and was supported by the rest of the house. Convinced Megan was starting rumors to get the target off her back, Alex ended her friendship with Megan and let her know they were no longer pals. The reality is that Jessica referred to Alex as “Pow Pow,” a nickname given to Paola Shea, a “Big Brother 16” contestant that resembles her. Whether Megan misheard her or started drama on purpose remains a mystery.

Feeling as though the whole house was against her, Megan was deflated. She fled to the diary room where she remained for hours. The houseguests soon learned that Megan had quit the game, and Cody would have to nominate someone else for eviction. While some players wouldn’t like the extra blood on their hands, Cody reveled in all his power and was glad to see Megan quit the game and provide him an opportunity to put someone else’s game in jeopardy. After struggling to find common ground with Alex, Cody decided she should go on the block and fight for her own safety.

To keep things exciting, “The Den of Temptation” was also unveiled in the house. Each week, America will vote to tempt one player to alter the game. The houseguest America chooses will be anonymous and can only be chosen once this summer. Unsurprisingly, America chose the houseguest they are most familiar with, Paul, to win the temptation. Once again, he took the bait and was awarded a pendant that will keep him safe at the next three evictions. In return, he selected a random number that would lead to cursing another houseguest for three weeks. That cursed houseguest will be revealed in due time.