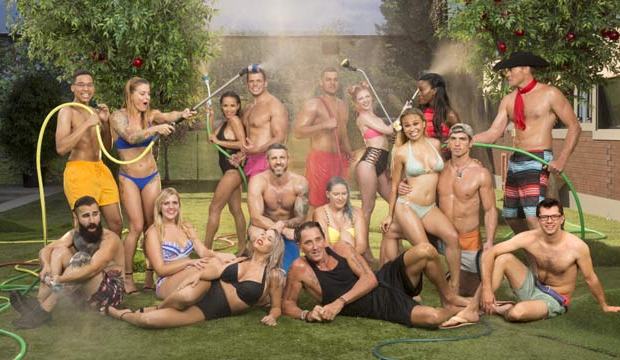 The roller coaster ride continued on “Big Brother” Wednesday night with the Power of Veto competition, more twists from the “Den of Temptation,” and a showmance that could be on the skids. Head of Household Cody Nickson has had a rough week and it didn’t get any easier when he was forced to nominate a fourth and then an unprecedented fifth houseguest for eviction. So who won the Power of Veto? And who is on the block for Thursday’s elimination? Check out our recap of “Big Brother” Season 19, Episode 4 below. Hurry — make your “Big Brother” 19 predictions for a chance to win a $100 Amazon gift certificate. It’s fun and easy, so start predicting right now.

Following Cody’s nomination speech that sent Alex Ow into the hot seat, Cody’s live-in girlfriend, Jessica Graf, was sent into a jealous frenzy when she detected a shred of emotion in Cody’s delivery. While Cody respects Alex as a player, Jessica does not and her insane jealousy left her more determined than ever to get Alex out of the house. Meanwhile, Alex seemed to form a bond with the rodeo clown, Jason Dent, who agrees with her that a houseful of lovers is not good for their game.

Despite Jessica’s anger, Cody continued to plead with Alex to give him some sort of reason to work with her. Alex responded with another epic tongue lashing, rejecting his advances and telling him that if he wanted a showmance, he should have gone on the bachelor. How can Alex not be everyone’s favorite player in the house at this point? It may not be the easiest path to victory, but it’s difficult not to appreciate her honest, gutsy approach to the game.

Before anyone could get too comfortable, the “Den of Temptation” reared its evil head, letting the houseguests know that a curse was about to be unleashed onto one of them. One by one they entered the dimly-lit room where it was revealed via the bite of a fake serpent whose luck had run out. An unsuspecting Ramses Soto fell victim to the snake, where it was revealed that at some point over the next three weeks, he would have to offer himself up on the block, revealing his curse.

Six players were selected for the veto competition: Cody (the reigning HOH) was automatically joined by the two nominees for eviction, Jillian Parker and Alex. Matt Clines, Raven Walton, and Jason were selected by random draw. Kevin Schlehuber was chosen to host the competition, where he dawned the least sexy mermaid costume I can recall laying eyes on. The houseguests’ goal was to retrieve starfish from a pool of water, then stack as many as possible on a shelf. The player with the most starfish wins. Alex kicked off the competition with a “good luck bitches!” and off they went! But Raven’s competitive spirit was revealed when she fell for the “Golden Starfish” temptation, eliminating her from the game but keeping her out of the “have not” room for a week.

Alex went on to win the veto, which pleased nobody more than Cody despite the fact she is gunning for him. But Jessica was furious that Cody appeared to throw the competition, and wasted no time straddling him in bed to have a serious conversation about his intentions. Cody responded by accidentally calling Jessica, Alex. Ouch!

Veteran player Paul Abrahamian continued to irk Cody by suggesting he should nominate Jason or Ramses, but Cody’s secret mission from day one has been to get Paul out of the house. After Alex removed herself from the block, Cody delivered what he thought was a blockbuster speech about loyalty and trust. Feeling he has been under personal attack from Paul, Cody emphatically directed Paul to the block. Unfortunately for Cody, Paul’s magic pendant kept him safe, shocking the entire house and blowing up Cody’s game. With fumes practically exploding through his ears, Cody was forced to put up a fifth houseguest: Christmas Abbott. The fitness superstar immediately channeled her rage into pumping some weights in the back yard while trying to think up a plan to stay in the house. Who will be evicted on Thursday night? And can Cody recover from the bloodbath he unleashed as the first HOH? Tune into CBS Thursday night to find out who will be sent packing and which houseguest will rise to power.