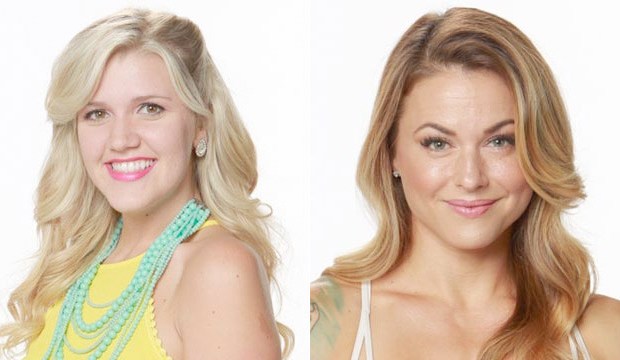 Jillian Parker became the second houseguest evicted from the “Big Brother” this summer, in a shocking live eviction that sent alliances crumbling. Lines were drawn in the sand, bones were broken, and drama reached an all-time high on Thursday night before Christmas Abbott was saved from elimination by an 8-4 vote. Read our recap of Season 19, Episode 5 below. Hurry — make your “Big Brother” 19 predictions for a chance to win a $100 Amazon gift certificate. It’s fun and easy, so start predicting right now.

Prior to the live eviction, CBS let us in on the drama that ensued just days prior. Cody Nickson infuriated his own alliance members when he tried to blindside Paul Abrahamian at the veto ceremony. Paul’s magic pendant made him ineligible to be put on the block for three weeks, foiling Cody’s plan and putting a major target on his back. The house became even more uncomfortable when Paul shunned his former alliance of showmances, telling them he can no longer trust any of them. Christmas then took Cody into the HOH room to unleash her disgust for him, leaving him basically speechless and void of a coherent response.

Jessica Graf and Dominique Cooper tried to run damage control, informing both Paul and Christmas they were unaware of Cody’s plan. Whether their pleas to absolve themselves from responsibility fell on deaf ears or not remains to be seen. Matt Clines and Raven Walton also engaged in heart-to-heart conversations with both Paul and Christmas, adamant that they were not in on Cody’s plan either. Raven was most convincing and appeared to get through to Paul, leading most of the house to engage in a bashing of Cody’s game. And just like that, trust for Cody was lost and a power alliance was fractured.

Jessica confronted Cody in the HOH room and their argument escalated and continued outside. Cody maintained he had to get Paul out of the house, but Jessica insisted it was a mistake and she would be forced to clean up the mess. Between some serious nostril flaring, Cody did seem to get some assurance that both Jason Dent and Mark Jansen remained on his side and would work to evict Christmas. But the rest of the house’s most powerful alliance remained leery of Cody and appeared to be abandoning ship.

Christmas could have spent the rest of her week sulking about her newfound placement on the block, but that’s just not her style! She and Jason woke up bright and early to dance around the backyard and lighten the mood. But while Christmas rode around on Jason’s back, they took a spill, breaking Christmas’ foot in the process. Ouch! Like a trooper, she put a cast on it and continued on with her game.

Meanwhile, Mark began feeling guilty about giving Christmas the cold shoulder since her nomination and decided to make amends. Christmas broke down and said her feelings were hurt and appeared to get Mark back on her side. Mark joined her in the sob-fest, and was clearly genuine throughout the conversation, but didn’t exactly commit to keeping her in the house.

Lines were finally drawn in the sand when the live vote took place. Voting to evict Christmas were: Alex Ow, Ramses Soto, Jason, and Jessica. Voting to evict Jillian were: Elena Davies, Kevin Schlehuber, Dominique, Josh, Matt, Mark, Paul, and Raven. Cody’s jaw nearly hit the floor as his awful week continued to get worse. To top it off, Cody’s best friend in the house, Mark, quickly admitted he turned his back on him and voted for Christmas to stay.

Before the closing of the episode, CBS plugged their new series, “Candy Crush,” as the theme for the new HOH competition. While we saw a glimpse of early game play, the full competition and results will air on Sunday night on CBS.