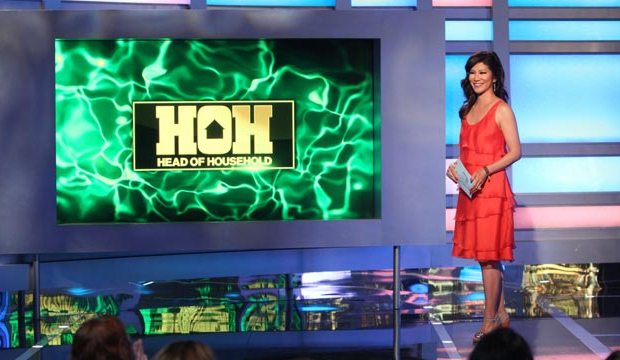 A new Head of Household (HOH) was crowned, the “Den of Temptation” returned, and tempers ran high on “Big Brother” Sunday night. With lines drawn in the sand, outgoing HOH Cody Nickson, and his girlfriend, Jessica Graf, were backed into a corner and in need of a win. Meanwhile, the rest of the houseguests appear to have the duo in their crosshairs and will stop at nothing to gain control of the game. So which houseguest was crowned HOH for the week? And which player did America vote to receive this week’s “Den of Temptation” reward? Find out in our Season 19, Episode 6 recap below. Hurry — make your “Big Brother” 19 predictions for a chance to win a $100 Amazon gift certificate. It’s fun and easy, so start predicting right now.

Outgoing HOH, Cody, and his showmance partner, Jessica, were fuming after being blindsided on Thursday night. The house voted against their wishes and evicted Jillian Parker, saving Christmas Abbott in an 8-4 vote. Jessica, who didn’t appreciate Christmas singling her out on live television during her speech, called the fitness expert a “coward” and the duo exchanged a few more insults before parting ways. Meanwhile, despite Cody’s best friend, Mark Jansen, betraying the former marine to save Christmas, Cody took out his aggression on Josh Martinez. The two hotheads engaged in an argument that led to a few houseguests holding Cody back to prevent a physical altercation

At the top of the episode, the “Candy Crush” HOH competition took place and tension was thick as the divided house battled for power. A disgruntled Cody was forced to sit back and watch the action unfold because the outgoing HOH is not allowed to compete. The objective of the contest was to roll a ball down a complicated ramp, landing it into a designated hole. The houseguests earned a chance to roll the ball by collecting tickets. To further rub salt in Cody’s wounds, many of the competitors handed off their tickets to Paul Abrahamian, hoping he would perfect his shot and earn the chance to take out Cody himself. The tactic worked, winning Paul the second HOH of the season, and crushing the hopes of America’s least favorite reality couple, Cody and Jessica.

The duo of despair further isolated themselves in the house by accusing Ramses Soto, one of only four houseguests to vote in their favor, of flipping and calling him a “snake.” Soon after, one of the most sensitive players in “Big Brother” history, Josh, attempted to smooth things over with Cody to no avail. Cody clenched his teeth and cursed Josh out, not allowing the haircare sales rep to even finish a complete sentence. The entire exchange made me wonder how Cody could have possibly passed the psychological exam required to enter the house. Despite an initial need to not engage in conversation with Josh, Cody and Jessica proceeded to attack his manhood by calling him such names as “a little girl,” “victim,” and “child.” Josh calmly called both of them good people before going to the bathroom and sobbing.

As if things weren’t exciting enough, the “Den of Temptation” returned to tempt one player to change the course of the game. After each houseguest was summoned to the den, one by one, it was revealed that America voted to tempt Christmas with the “ring of replacement!” By accepting the ring, Christmas will be allowed to replace any one player in a veto competition of her choice. Christmas accepted the temptation, and in return had to choose three houseguests to turn into “ve-toads.” What does it mean to be a “ve-toad”? That will be revealed to the house in due time. Perhaps it will prevent them from playing in the veto this week? Not surprisingly, Christmas chose three players who wanted her out of the house: Cody, Jessica, and Jason Dent.

Up in the HOH room, Paul was busy working his magic to convince Alex Ow and Josh to go on the block as pawns. Paul’s charm was overwhelming and both Alex and Josh agreed to go up on the block without putting up a fight. For once it seemed like there would be zero drama when it came time to announce the nominees for eviction. But the twists continued, and Ramses interrupted the ceremony to reveal he was bitten by the snake of temptation and will go on the block as a third nominee. In summation, Alex, Josh and Ramses are now all on the block, but Cody is still Paul’s target. To catch up on whom wins the power of veto, and find out if they used it to save someone from eviction, tune into “Big Brother” on CBS Wednesday night.