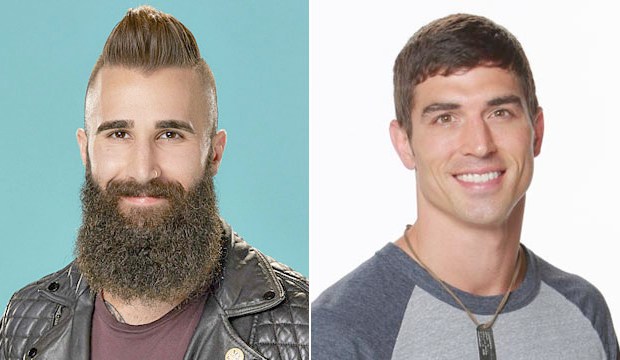 A dramatic “Power of Veto” competition took place, the “Den of Temptation” revealed a curse, and a surprising house guest became the latest target on “Big Brother” Wednesday night. Tension was high as the current Head of Household (HOH), Paul Abrahamian, attempted to carry out his plan to backdoor his fierce rival, Cody Nickson from the game. But who won the Power of Veto? And did they use it to pull any of the current nominees off the block? Find out in our Season 19, Episode 7 recap below.

Rather than putting his direct target on the block, Paul nominated Josh Martinez and Alex Ow as pawns. The hope was that Cody, the actual target, wouldn’t have a chance to play for the veto. Paul could then take the opportunity to backdoor the former marine, ousting him from the game. Complicating matters, Ramses Soto inserted himself as a third nominee because of the curse he received from the “Den of Temptation” last week. What made Ramses’s nomination dangerous was the possibility of him winning the Power of Veto, thus pulling himself off the block. As the third nominee, Paul would not be able to replace Ramses if he pulled himself off the block. That would leave Josh and Alex hung out to dry, and one would be evicted tomorrow night. Paul pleaded with Ramses to throw the veto competition and Ramses agreed, but confessed in the Diary Room that he would be gunning to win the veto and guarantee his own safety.

“The Den of Temptation” returned to reveal that three players had been cursed after an anonymous player (Christmas Abbott) accepted a temptation offered to her. The players she chose to curse were Cody, Jessica Graf, and Jason Dent. Based on the cursed players, Jessica correctly assumed that Christmas was to blame for the latest misfortune that awaited her. It was soon revealed that Cody, Jessica, and Jason fell victim to the “Ve-Toad” and would be forced to dress as toads for the rest of the week. Not only that, they would have to hop everywhere instead of walk, and were only allowed to sleep on designated lily pads throughout the house. Jason and Jessica were able to find some humor in the situation, but Cody was not amused.

Cody’s week only continued to go downhill when it came time to announce the players for the veto. As nominees, Alex, Josh and Ramses were guaranteed to play. As HOH, Paul would also get to play and draw two additional names out of a box. Paul drew Elena Davies and Matt Clines, which was bad news for Cody as neither he nor his girlfriend would have any chance to win. But Paul began showing signs of paranoia and continued to pressure Ramses to throw the veto competition so he could nominate Cody. Ramses had trouble saying he would throw the competition, raising red flags within the power alliance and putting a target on his back.

The Power of Veto competition consisted of a timed challenge where the competitors answered a series of trivia questions in order to move forward in a mock airport. For each incorrect answer the players would receive a “delayed flight” and be forced to complete a challenge. The player to finish in the fastest time won the Power of Veto. When the rankings were revealed, Paul was declared the winner and continued to hold all of the power in the house. But Paul wasn’t completely content with his win because Ramses finished in second place after telling Paul he would throw the competition.

Cody and Jessica quickly hopped away to sulk in the have-not room once it was revealed Paul had won. They talked about how the rest of the house was going to take Paul all the way to the end, and they may not be wrong. The fact that no other players are targeting Paul at this point is not only surprising, but pretty amateur. While Cody may have become the most hated player in “Big Brother” at record speed, at least he was a competitor. Meanwhile, Paul, Matt, Mark Jansen and Raven Walton were livid that Ramses performed so well in the veto competition and basically declared him their next target. Ramses quickly ran up to the HOH room to insist that he indeed tried to throw the competition. But Paul didn’t believe a word of it and started to wonder if he should target Ramses instead of Cody. After all, Cody is direct while Ramses appears to be a snake in the grass that nobody can trust.

At the Veto Ceremony, Josh took the time to give Cody one more tongue-lashing during his speech. After calling Cody a liar and saying that he lacked integrity, Cody simply told Josh to go change his diaper. Paul continued on with the ceremony, pulling Josh off the block and replacing him with Cody. Now that the plan is in motion, will Cody be evicted on Thursday night? Or will he somehow convince the house to ax Alex or Ramses instead? Tune in to CBS Thursday night to find out!