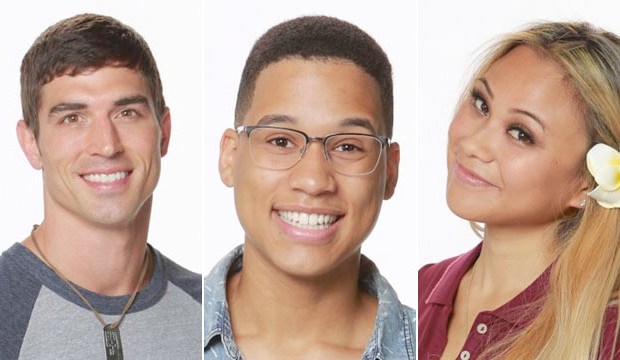 One player was evicted from the “Big Brother” house Thursday night, while the others began a battle for power during the live Head of Household (HOH) competition. Alex Ow, Cody Nickson and Ramses Soto all faced elimination, but who went home? And could yet another twist bring them back into the game? Find out all the dramatic details in our Season 19, Episode 8 recap below. Hurry — make your “Big Brother” 19 predictions for a chance to win a $100 Amazon gift certificate. It’s fun and easy, so start predicting right now.

Following the veto ceremony, Josh Martinez took the opportunity to kick Cody while he was down by throwing as many insults at the ex-marine as possible. Cody remained relatively calm, but managed to spew a few immature comments of his own before the argument was squashed. Shortly after, Christmas Abbott made an announcement to the house that she requires surgery on her foot and was given the option to quit the game or recover in the house. Professing her own resilience, Christmas decided to remain in the house, even though she may not be able to compete in all the competitions this summer.

Cody had no interest in sticking around to chat with Christmas, but Jessica Graf attempted to repair the relationship between herself and the fitness expert, desperate to disassociate herself from Cody’s actions. Unfortunately, Jessica lacked the social skill to humble herself, lie, and do whatever it takes to regain position in the house. Instead, she called Christmas a “mean girl” during her apology and they parted ways with an even more strained friendship.

Dominique Cooper celebrated her birthday in the “Big Brother” house with a horrendous-looking gluten-free cake, courtesy of Raven Walton. Although Raven meant well, I don’t see a future for her in the culinary arts. While the celebration began lightheartedly, it soon turned sour when Jessica hopped away to her own private lily pad to have an emotional breakdown. The suffering beauty had a rough week, and not being able to eat the hideous cake was enough to put her over the edge. Stressed out, restricted to eating only slop, and being confined to small lily pads throughout the house was just too much to handle. In a rare show of emotion, Cody comforted his girlfriend and decided to go on an apology tour to salvage her game. His first stop was talking to Christmas, and telling her that Mark Jansen and Dominique were the duo that asked Cody to put her on the block.

Meanwhile, Dominique hosted a mock talk show where she interviewed each of the nominees for eviction in front of the other houseguests. Her conversations with Alex and Ramses were edited down to nearly nothing, but her conversation with Cody left many confused. Cody confessed that one or two other houseguests were involved in all of his decisions as HOH, but refused to name names. Mark immediately got defensive, but Paul Abrahamian and Matt Clines assured him they would remain a solid unit. But Dominique’s line of questioning set Paul off. During her interview, Dominique stated certain groups were organically forming in the house, making Paul believe there could be cracks within the larger alliance.

Julie Chen then interrupted the house to announce it was time for the live eviction. One at a time, the houseguests went to the diary room to cast their votes to evict. Voting to evict Alex: Nobody. Voting to evict Cody: Dominique, Josh, Mark, Matt, Raven, Elena Davies and Jason Dent. Voting to evict Ramses: Christmas, Jessica and Kevin Schlehuber. With seven votes, Cody was evicted from the “Big Brother House,” but not before asking Jessica to be his girlfriend. Aww? Cody confessed to Julie during his eviction interview that the entire house was Paul’s groupies and he had no choice but to target him. He also let it be known that he hated the “Den of Temptation” and it ruined his game. Admittedly, Cody was charming throughout his exit interview, and dare I say humorous? The straight-faced competitor even stated he was shocked anyone cheered for him when he left the house, which drew thunderous applause and laughter from the live audience.

Perhaps Cody can use some of that charm should he have a chance to re-enter the “Big Brother” house. That’s right! Julie announced that Cody, along with Cameron Heard, Jillian Parker and next week’s evicted houseguest will compete for the chance to return to the game. The twists just keep coming! Before the end of the episode, the competition to become the new HOH began with all the houseguests (except for Christmas and Paul) clinging to a wall in another endurance challenge. The last one standing will rise to power as the new HOH and be revealed on Sunday night’s episode on CBS.