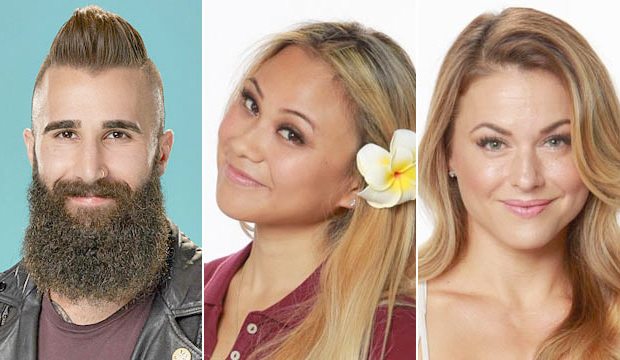 In our recent poll asking who “Big Brother” fans want to win Season 19 of CBS’s long-running reality show, three houseguests jumped to the top of the results: Paul Abrahamian, Alex Ow and Christmas Abbott. Who do YOU want to win this season? Keep voting in our poll below and then make your “Big Brother” 19 predictions for a chance to win a $100 Amazon gift certificate. It’s fun and easy, so start predicting right now.

Paul is this season’s only returning player, which gives him an early advantage in the game when it came to receiving America’s reward of safety for three weeks. (He can’t be voted out until next week.) Paul leads our poll with 26%, followed by popular newbies Alex in second place at 19% and Christmas in third place at 15%. Alex just won the season’s third Head of Household competition, while Christmas is back in the house after leaving to get surgery on her broken foot.

Nearly 1,500 people have voted in our poll asking who they want to win this season. Have YOU voted yet? When all of the current numbers are tabulated, Paul, Alex and Christmas received the highest percentages, but here are how the other votes fall: 13% for Kevin Schlehuber, 6% for Matthew Clines, 5% for Jessica Graf, 4% for Raven Walton, 3% for Dominique Cooper, Mark Jansen and Ramses Soto, and 1% for Elena Davies, Jason Dent and Josh Martinez.

At the end of Sunday’s episode, new HOH Alex (with help from secret alliance buddy Paul) decided to nominate Jessica and Dominique for eviction. Which houseguest do you think will head home next?