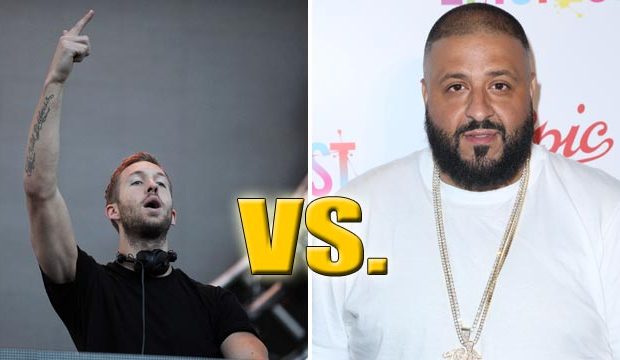 Calvin Harris released his fifth studio album, “Funk Wav Bounces Vol. 1,” on June 30. The electronic dance music artist behind hits like “We Found Love” with Rihanna and “Feel So Close” released his last album back in 2014. His latest effort features more all-star collaborations, including Frank Ocean, Pharrell Williams, Ariana Grande, Nicki Minaj, Katy Perry and more. But all that star power wasn’t quite enough to give him the number-one album of the week on the Billboard 200 albums chart.

“Funk Wav” enters the chart at number-two with 68,000 equivalent album units, including 23,000 in traditional album sales. The Billboard charts consider a number of factors in determining album units. In addition to regular, old-fashioned sales, Billboard also considers the number of individual track purchases as well as online music streams to determine its totals. And though this number-two debut is the highest chart position of Harris’s career, he was ever so close to nabbing the top spot.

After debuting at number-one last week, DJ Khaled holds on to his first-place position by the narrowest of margins. His album “Grateful” had a total of 70,000 equivalent album units in its second week, thanks in large part to its popularity on streaming services — it actually had fewer traditional sales than Harris (16,000).

Discuss the Billboard charts with Hollywood insiders in our notorious forums

Rounding out the top-five are Kendrick Lamar‘s “DAMN” in third place (it’s been in the top-three since its debut 12 weeks ago), Imagine Dragons‘ “Evolve” at number-four, and a resurgent Ed Sheeran‘s “÷” in fifth position.

Notably missing from this week’s chart is Jay-Z‘s new album “4:44,” which was released to much fanfare, also on June 30. But even though it went platinum in just five days on the strength of its sales and streams, it was exclusively available through the streaming service Tidal in its first week, so it won’t make its Billboard debut until next week, after having been released to other streamers and sellers this past Friday, July 7.

It's a 'No Brainer': Justin Bieber and DJ Khaled debut in Billboard's top five, but still can't unseat…

Which of 'The Four' judges do you HATE: Sean Combs, DJ Khaled, Meghan Trainor or Charlie Walk…