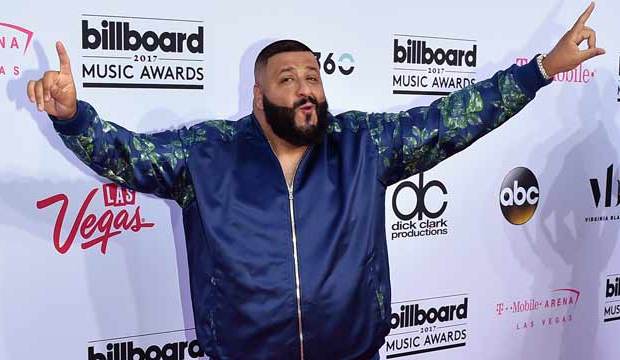 DJ Khaled has his second number-one album in less than a year on the Billboard 200 chart. His latest release, “Grateful,” debuts as the week’s biggest release following the chart-topping success of “Major Key” last year — not bad for his 9th and 10th studio albums.

“Grateful” tops the chart with 149,000 equivalent album units, including 50,000 traditional album sales. Billboard calculates units by accounting for album sales as well as individual track sales and online streams, with 1,500 streams translating to one album unit. The total first week for “Grateful” was dominated by streams — 121.19 million to be exact, which amounts to 81,000 units.

Before the release of “Grateful,” music from the album had already been charting. The lead single “I’m the One” featuring Justin Bieber, Quavo, Lil Wayne and Chance the Rapper topped the Billboard Hot 100 and has remained in the top five ever since. And just last week “Wild Thoughts” featuring Rihanna and Bryson Tiller entered the top five.

DJ Khaled was just barely able to hold off the week’s other big debut: “Evolve” by Imagine Dragons. It’s the third studio album for the Grammy winning group. It’s been a slow year for rock music, so the album’s 147,000 equivalent units represents the biggest week for a rock album in 2017 so far. But Imagine Dragons did beat DJ Khaled in one metric: traditional album sales. With 109,000 copies sold they moved more than twice as many albums as Khaled, who bested them overall thanks to his dominant streaming performance.

Have you listened to “Grateful” or “Evolve” yet? Discuss them below in the comments, or join the discussion on this and more with your fellow music fans in our forums.