Ed Sheeran is still the man to beat on the music charts. His single “Shape of You” remains on top of the Billboard Hot 100 singles chart, dated March 25, for the seventh week in a row. That makes it the longest running chart-topper since The Chainsmokers and Halsey‘s “Closer” ended its 12-week run at number-one last November.

It has been a good couple of weeks for Sheeran in general. His third studio album, “÷,” was released on March 3 and debuted at number-one on the Billboard 200 albums chart with 451,000 equivalent album units (which includes streams and digital track sales), including 322,000 traditional album sales. That’s more than any other album in 2017 so far. And if that wasn’t enough Sheeran will also be getting a cameo next season on “Game of Thrones.”

But a couple of artists are creeping up on him. Bruno Mars (“That’s What I Like”) inches closer, climbing one spot to number-three, and Rihanna (“Love on the Brain”) is also up one to number-five. Rihanna has now had a remarkable 22 songs reach the top-five on the Hot 100 chart. Only four artists have had more than that, led by The Beatles who have 29 top-five hits.

Taking a big leap into the top-10 is Clean Bandit featuring Sean Paul and Anne-Marie with “Rockabye,” which jumps from number-25 to number-nine. And holding steady at number 10 is the aforementioned “Closer” by The Chainsmokers. “Closer” already set a new record for the most weeks in the top five, and now it has tied the record for the longest run in the top 10 at 32 weeks. Only LeAnn Rimes‘s “How Do I Live” (1997-1998) spent that much time among Billboard’s 10 biggest hits.

So who else made this week’s Billboard Hot 100? Check out the rest of the top-10 in the video above and discuss Ed Sheeran, Rihanna and more with the savvy posters in our music forum. 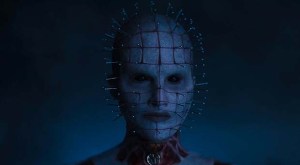 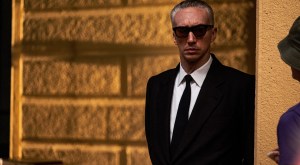 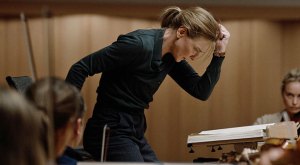 Cate Blanchett ('TAR') on the 'terrifying magnificence' of her character, a conductor on the brink [WATCH] 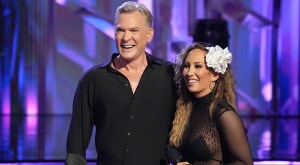 Why Cheryl Burke wasn't a 'nervous, sweaty wreck' facing elimination on 'Dancing with the Stars'