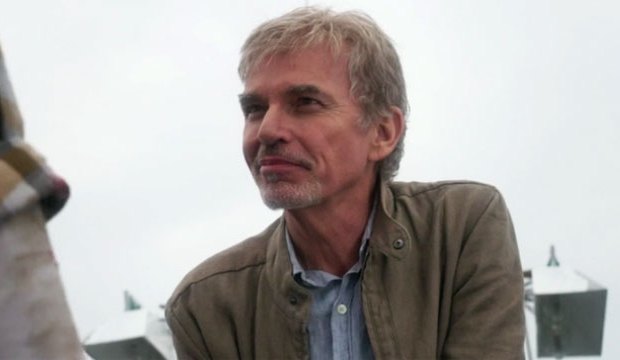 As Gold Derby experts predicted, Billy Bob Thornton walked away with the Golden Globe for Best TV Drama Actor on Sunday for his work on freshman drama series “Goliath.” On the David E. Kelley-helmed drama series, which debuted on Amazon in October 2016, Thornton plays Billy McBride, a former high-powered attorney whose career took an ugly turn upon his ousting from the law firm that still bears his name. Seeking redemption, McBride takes on a mystifying wrongful death case against his former partner and now-rival. Will Thornton’s Golden Globe victory help him earn an Emmy nomination for the role later this year?

Since 2000, four other performers in the Best TV Drama Actor category won the Globe on their first bid for a freshman series prior to being eligible at the Emmy Awards: Kiefer Sutherland (“24”), Jon Hamm (“Mad Men”), Steve Buscemi (“Boardwalk Empire”), and Kelsey Grammer (“Boss”). With the exception of Grammer, all three actors went on to earn Emmy nominations in the same year, which would seem to reflect favorably on Thornton’s prospects. In each situation, though, those leading men had other factors in their favor that may have indicated more widespread industry support than Thornton, whose series missed out on a Best TV Drama nomination at the Globes and who also missed out on a Screen Actors Guild acting nomination.

Both Hamm and Buscemi not only won their Globes on their first bids, but “Mad Men” and “Boardwalk Empire” also won the top Drama Series award in January 2008 and January 2011, respectively. The two actors also earned SAG Award nominations in the same awards season (Buscemi won at SAG) and both went on to earn Emmy nominations.

Predict the SAG TV Awards now; change them till January 29

Like Thornton, Sutherland also missed out on a SAG nom despite winning the Golden Globe in 2002; however, Sutherland’s series “24” was nominated for the Drama Series award at the Globes, indicating broader support for the show outside of its star. Sutherland, like Hamm and Buscemi, also went on to earn an Emmy nomination.

Kelsey Grammer’s win at the Globes in 2012 most resembles Thornton’s, although unlike “Goliath,” “Boss” was up for the Best TV Drama prize. Like Thornton, Grammer failed to earn a SAG Award nomination and ultimately missed the Emmy nom, a snub he famously blamed on his openly Republican views and Hollywood’s liberal bias.

Although it seems like Thornton has a difficult path to the Emmys, he may receive strong support from Amazon, which has a 50/50 track record translating Globes success into Emmy results. After winning Best TV Comedy and Best TV Comedy Actor in January 2015 for “Transparent” and its star Jeffrey Tambor, the show went on to reap 11 Primetime Emmy Award nominations, winning five including Lead Actor in a Comedy Series. On the other side of the coin, however, Amazon also lead series “Mozart in the Jungle” and its star Gael García Bernal to Globes victories in 2016, but the show only earned one technical nomination at the Emmys, which it went on to win.

Will Billy Bob Thornton break into the Lead Actor in a Drama Series race at the Emmys? Sound off in our forums!

Phoebe Waller-Bridge could do what only David E. Kelley has pulled off at the Emmys