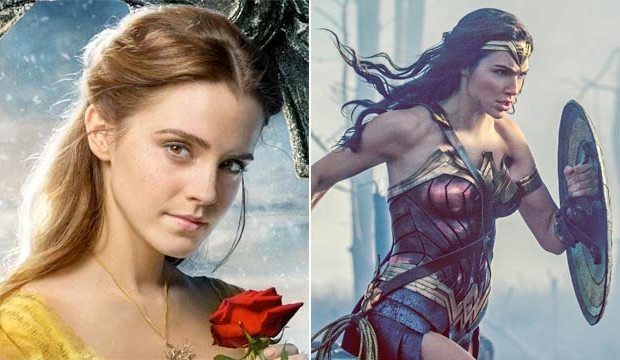 This weekend’s box office will no doubt be dominated by Jon Watts‘ “Spider-Man: Homecoming,” Marvel’s first solo flick starring Tom Holland in the trademark red costume. But before you go out and see Spidey in action, let’s take a look back at the films that have cleaned up so far at the 2017 domestic box office. (All tallies courtesy of Box Office Mojo.)

Not surprisingly, the Top 10 biggest U.S. money-makers of the year are dominated by remakes, sequels and male directors. The 2017 version of “Beauty and the Beast” (directed by Bill Condon) is by far the king of the box office with a spellbinding $503 million. That doesn’t just make it the highest grossing film of the year, but also the eighth biggest movie in the history of cinema.

“Guardians of the Galaxy Vol. 2” (directed by James Gunn) has raked in $384 million so far, good enough for second place on the 2017 chart. That’s $50+ million more than the original 2014 film, which suggests we’ll probably be seeing more Groot and co. in the not-too-distant future.

Comic book characters are having a great 2017, which bodes well for “Spider-Man: Homecoming.” Besides “Guardians of the Galaxy Vol. 2,” there’s also third-place “Wonder Woman” (directed by Patty Jenkins, the only woman on the Top 10 list) at $356 million, fourth-place “Logan” (directed by James Mangold) at $226 million, and sixth-place “The LEGO Batman Movie” (directed by Chris McKay) at $175 million.

Here are the Top 10 films at the 2017 domestic box office. How do you think “Spider-Man: Homecoming” will fare in the coming weeks?

Sign up for Gold Derby’s free newsletter with latest predictions

Discuss the Oscars with Hollywood insiders in our notorious forums