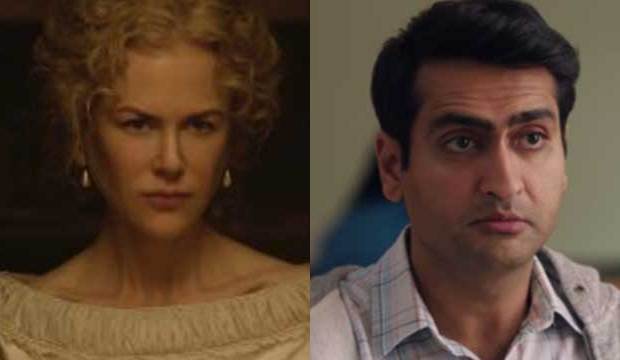 Two early Oscar contenders — “The Beguiled” and “The Big Sick” — opened last week in limited release in New York and Los Angeles to rave reviews and strong box office. Each expanded well this weekend, bolstering their chances of being remembered by academy voters at the end of the year.

“The Beguiled” was only on four screens last weekend and made $240,000. That yielded an impressive per screen average of $60K. This weekend, it went wide, playing on 674 screens nationwide. Its take of $3.1 million translates to an impressive $4,600 per screen.

Last weekend, “The Big Sick” played to sell-out crowds on just five screens and took in $435,000. That translated into a per screen average of $87,000 which is the best to-date this year. It upped its screen count to 71 in metropolitan areas and earned $1.5 million for a PSA of $21,600. Backed by a CinemaScore of “A,” expect this wry romantic comedy to continue to do well as it opens in further markets.

Lionsgate is distributing “The Big Sick” on behalf of Amazon Studios and is planning a slow build for this Sundance hit based on word of mouth. Focus Features will be rolling “The Beguiled” out to even more theaters next weekend.

“The Beguiled” is a remake of the 1971 Clint Eastwood classic Western and was written and directed by Hollywood scion Sofia Coppola. After a much-buzzed about screening at Cannes, Coppola became only the second woman to win Best Director from that filmfest. She took home the Original Screenplay Oscar in 2003 for “Lost in Translation,” and became one of only four women ever to contend for Best Director.

The story is set during the Civil War, when a girls’ school in Virginia run by Martha Farnsworth (Nicole Kidman) takes in wounded Union soldier John McBurney (Colin Farrell). But tensions arise quickly when it appears that the soldier has designs on a young woman at the school, Edwina Dabney (Kirsten Dunst). Betrayal and revenge soon follow.

“The Big Sick” stars “Silicon Valley” scene stealer Kumail Nanjiani, who is Pakistani-American. He and his wife Emily V. Gordon penned the script based on their interracial relationship, which was further complicated by her serious illness. She is played in film by Emmy nominee Zoe Kazan (“Olive Kitteridge”), while Oscar winner Holly Hunter (“The Piano”) and Emmy champ Ray Romano (“Everybody Loves Raymond”) steal scenes as her less-than-understanding parents. It’s directed by Michael Showalter, a comedian in his own right who also helmed last year’s”Hello, My Name is Doris” starring two-time Oscar winner Sally Field.