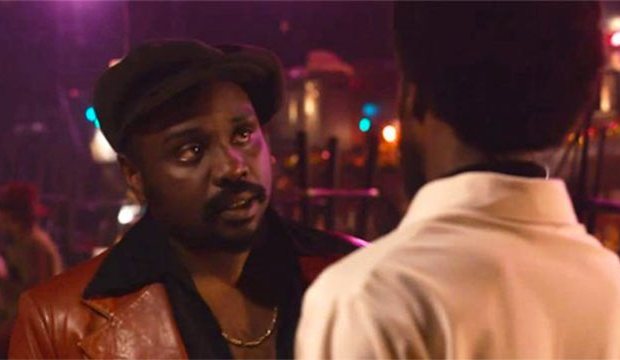 One of the breakout stars of this Emmy season was Brian Tyree Henry, who received his career first nomination as Best Drama Guest Actor for “This Is Us.” The actor, who burst onto the scene for his role as Alfred “Paper Boi” Miles in “Atlanta,” made a strong impression for his singular appearance on the NBC domestic drama in the episode “Memphis.”

In his dying days, William (Ron Cephas Jones) takes his son, Randall (Sterling K. Brown), to his hometown of Memphis, TN, where he reconnects with his cousin, Ricky (Henry). Through flashbacks we see how William squandered a promising songwriting career by moving to Pittsburgh to care for his ailing mother and falling into a life of drug abuse after meeting Randall’s mother, ruining Ricky’s singing prospects as well. Though he’s still bitter, Ricky forgives William, and the two play together one final time.

Interestingly enough, Brown also chose this as his Emmy submission in the race for Best Drama Actor. Will “Memphis” help Henry win his first Emmy Award? Let’s examine the pros and cons:

Henry is a star on the rise, with roles in “Vice Principals” and the upcoming films “White Boy Rick” and “Widows,” to name a few. His visibility in “Atlanta” certainly helps, and those upset by his snub in Best Comedy Supporting Actor may view this as an appropriate place to honor his outstanding year.

The episode offers Henry the chance to play Ricky in his youth and as an old man. Plus, he gets to sing the hit song “We Can Always Come Back to This.” Voters may appreciate his range.

“Memphis” is widely regarded as the highlight of the show’s first season, with stellar, Emmy-nominated performances by Brown and Jones. Voters looking to this episode for examples of their work will see Henry’s as well, and may be just as impressed.

Is Henry overshadow by Brown and Jones? The main crux of the episode involves William coming to terms with the end of his life, and Randall dealing with the loss of a parent. Great as Henry is, voters may not necessarily see this as his episode.