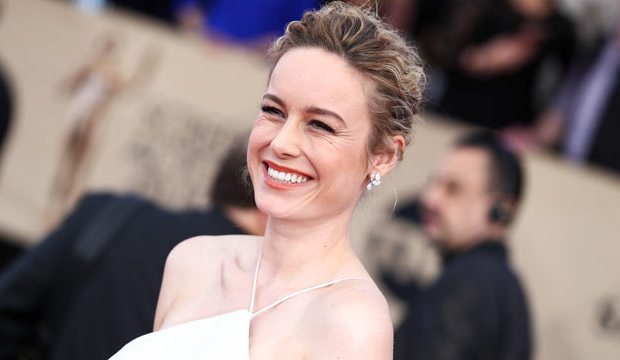 Actress Brie Larson has been making the rounds promoting her new action film “Kong: Skull Island,” which opens March 10, but that’s not all she has on her plate since winning the Best Actress Oscar for “Room” last year. She’s also one of the newest additions to the Marvel Cinematic Universe, where she’ll play the title hero in “Captain Marvel” (2019). She discussed her new character in a recent interview with Yahoo.

“She’s coming to terms with these different parts of herself,” says Larson about her superhero character. “There’s a lot of humanity in her, and she is such a strong believer in truth and in peace. I think that’s an incredible symbol to have right now.” But the Marvel films are notoriously secretive, so there wasn’t much more she could say. When pressed further for details she answered coyly, “I don’t know. We’ll find out.”

As luck would have it, Larson isn’t the only actor in “Kong: Skull Island” also moonlighting in the world of Marvel Comics. Her co-star Tom Hiddleston has played the villainous Loki in multiple films starting with “Thor” (2011) and “The Avengers” (2012). Or maybe we shouldn’t call that a coincidence at all. The Marvel movies have expanded to cover so much cinematic real estate that these days you’re more likely than not to co-star with other actors who don a cape from time to time.