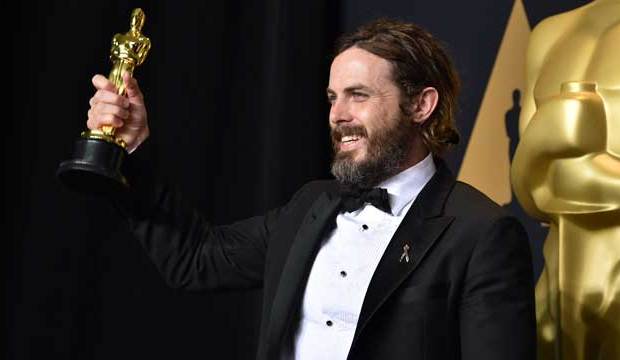 When Brie Larson presented the Best Actor Oscar to Casey Affleck last month, her lack of enthusiasm generated much comment as she neither applauded for him nor did she extend her hand in congratulations. At the time, the speculation was that she had not joined in the well-wishing as a tacit sign of her support for the two women who had claimed that he sexually harassed them in 2010. Affleck has strenuously denied their allegations.

After staying silent on the issue since Oscar night, Larson finally talked about it at the Hollywood premiere of “Kong: Skull Island” on March 8. As she explained to Vanity Fair, “Whatever it was that I did onstage kind of spoke for itself.”

Last year, Larson won the Best Actress for “Room,” in which she played a kidnap victim who endured years of being sexually assaulted. At last year’s ceremony, she hugged the survivors of sexual assault who had been part of Lady Gaga‘s performance of her Oscar-nominated song “Till It Happens To You.” She had co-written that song for “The Hunting Ground,” a documentary that examined the issue of sexual assault on college campuses.

Affleck did address the rumors in an oblique fashion during an interview with the Boston Globe following his win. “I believe that any kind of mistreatment of anyone for any reason is unacceptable and abhorrent, and everyone deserves to be treated with respect in the workplace and anywhere else.”

Lady Gaga songs, ranked: Her top 25 greatest hits including 'Rain on Me,' 'Shallow,' 'Born This Way' and…

Gold Derby Music Awards voting extended! You have until February to pick the best artists, songs, and…

How to win Grammys in 4 easy steps: This year's nominations showed us which campaigns worked, and which…

Lady Gaga's '911' video is her wildest 'Chromatica' head-trip yet: Watch it, and stick around for the…

BTS swept the VMAs, winning all 4 of their nominations - should they have been up for Video of the Year…