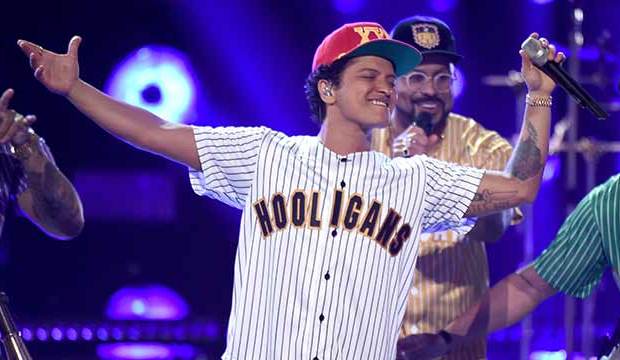 This is the 45th anniversary of the AMAs, whose nominations were decided based on a combination of album and song sales, radio airplay, online streaming, touring, and social media activity. But the winners will be decided entirely by fans, who can vote online for Artist of the Year until November 16 and all other categories until November 13. But since none of this year’s Artist of the Year contenders have won that prize before before, fans will have to pick someone new. Joining Mars in the race are Kendrick Lamar, Drake, The Chainsmokers, and Ed Sheeran, all of who trail with five noms apiece.

Drake is the biggest past winner among the five top nominated artists. He has won four AMAs, all of them last year, including Favorite Rap/Hip-Hop Artist and Favorite Rap/Hip-Hop Album (“Views”). Chainsmokers previously claimed Favorite Electronic Dance Music Artist in 2016. Mars was the Favorite Pop/Rock Male Artist in 2011, while Sheeran claimed that category in 2015. Lamar is the only nominee of the five who still hasn’t prevailed in any contest.

Who do you think will prevail? Join the discussion on this and more with your fellow music fans in our forums.