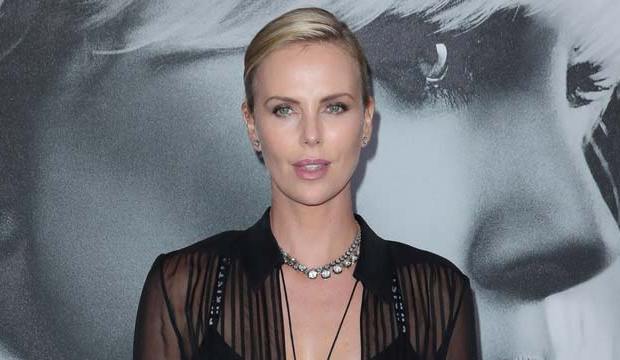 Academy Award winner Charlize Theron has proven to excel in two distinct modes — sultry or badass (and sometimes both!). Theron is clearly in badass mode in her latest film, “Atomic Blonde,” which is opening this weekend.

Whether playing sultry or badass, however, Theron’s characters always have a mouth on them, and she delivers them in a manner like no other actress. For our new photo gallery, let’s take a look at her Top 10 sexiest and most badass quotes. They include such movies as “The Italian Job” (2003) with Mark Wahlberg, her Oscar winning role in “Monster” (2003), the Ridley Scott sci-fi blockbuster “Prometheus” (2012), the fan favorite “Mad Max: Fury Road” (2015) with Tom Hardy, and “The Fate of the Furious” (2017) with Vin Diesel.

Directed by David Leitch, “Atomic Blonde” is a Focus Features release that also stars James McAvoy, John Goodman, Toby Jones, Eddie Marsan, James Faulkner, and Bill Skarsgard. According to the official studio description: “An undercover MI6 agent is sent to Berlin during the Cold War to investigate the murder of a fellow agent and recover a missing list of double agents.”