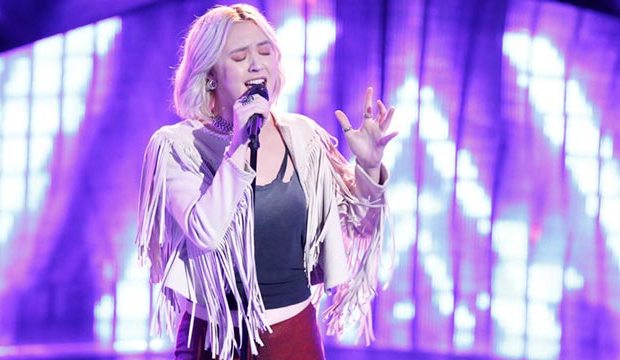 Blake Shelton has been with “The Voice” from the start and has won five of the previous 12 seasons. He — along with his rival coaches Miley Cyrus, Jennifer Hudson and Adam Levine — is vying to win season 13 of “The Voice,” which kicks off its live shows on Nov. 20. All four coaches had to cut their teams of six in half in pre-taped playoffs that aired the week of Nov. 13. That left them with three artists apiece heading into the live episodes of “The Voice.”

We asked you which of Shelton’s remaining three contestants — Chloe Kohanski, Red Marlow and Keisha Renee — sounds most like a winner. Kohanski leads with a whopping 52% of the vote, followed by Renee at 27% with Marlow trailing at 21%.

Keisha Renee
Blind Audition: “I Can’t Stop Loving You” (four-chair turn: went with Blake Shelton)
Battle Round: “I’m So Lonesome I Could Cry” (won over Noah Mac)
Knockout: “I Hope You Dance” (won over Kathrina Feigh)
Playoff: “Love Can Build a Bridge”

Jimmy Kimmel doesn't understand Trump telling Republicans not to vote, but he likes it