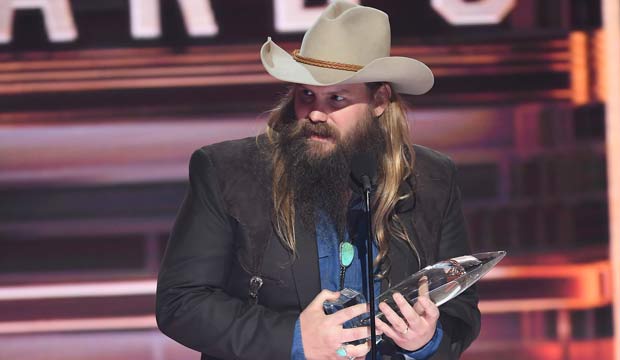 Chris Stapleton pulled off a slight upset at the 2017 Country Music Association Awards on Wednesday night, November 8, by winning Album of the Year for “From A Room: Volume 1.” We knew he had a strong chance, but we thought Miranda Lambert had the edge for “The Weight of These Wings.” This is reminiscent of two years ago when Stapleton made a big CMAs breakthrough, winning Album of the Year for “Traveller.” He followed that with a Grammy nomination in the top category. Can he do it again?

The Grammy nominations for Album of the Year are voted on by the entire membership of the recording academy, but the final selections are made by nomination review committees, which tend to spread the wealth to various genres in top categories. That’s why there’s frequently a country representative in the lineup, as has been the case in seven of the last 10 years. Last year it was surprise contender Sturgill Simpson for “A Sailor’s Guide to Earth,” and this year it has seemed as though Lambert is the likeliest candidate to represent country; she ranks seventh in our predictions with odds of 7/1.

But Stapleton’s CMA wins — he also claimed Male Vocalist of the Year for the third year in a row — might indicate that the music industry is more likely to recognize him for the top prize. In general he does already have a stronger Grammy track record than Lambert. Both have won twice, but Lambert has never been nominated in the general field; her song “The House That Built Me” contended for Song of the Year in 2011, but she wasn’t one of its writers. And it took Lambert three attempts before she finally won Best Country Album for “Platinum” in 2015; Stapleton managed that on his first try.

Do you think we’re underestimating Stapleton for an Album of the Year Grammy nomination?