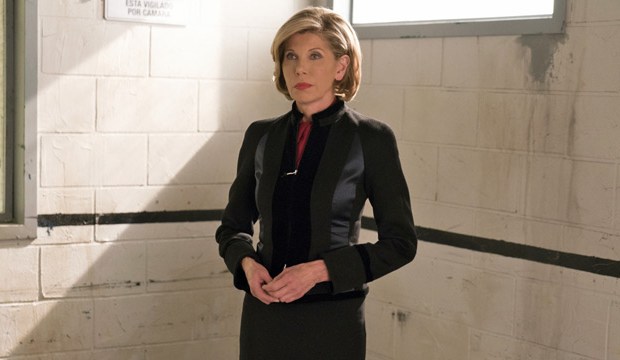 Before the premiere of the new CBS All Access series “The Good Fight,” we asked our readers if the show’s star Christine Baranski could win the Emmy Award for Best Drama Actress for the role of Diane Lockhart. Baranski previously portrayed Lockhart on “The Good Wife,” earning six consecutive Emmy nominations in the Supporting Actress category. Will the change in categories help or hurt Baranski’s chances of finally landing an Emmy for playing this character?

In our poll, 41% of voters believe Baranski will win the Best Actress Emmy for “The Good Fight,” especially considering it’s been over 20 years since her first and only win in 1995 in the Comedy Supporting Actress category for “Cybill.” 32% of the poll respondents feel unsure as to whether Baranski has a shot at taking home the trophy, reserving judgment until she secures the nomination, while only 27% of respondents think that Emmy voters will overlook Baranski because they no longer care about the Lockhart character.

While many fans of “The Good Wife” celebrate Baranski’s promotion from supporting to lead in the new series, it may be detrimental strategically heading into the 2017 Emmy Awards. With “Game of Thrones” ineligible to compete at the Emmys this year due to a delayed premiere date, plus the conclusion of “Downton Abbey,” four of last year’s six Supporting Actress nominees (Lena Headey, Emilia Clarke, Maisie Williams and Maggie Smith) will not be returning, which would have almost guaranteed Baranski another supporting nomination had “The Good Wife” remained on the air.

The Best Drama Actress race looks to be the most competitive it’s been in years, with Claire Danes (“Homeland”), Viola Davis (“How to Get Away with Murder”), Taraji P. Henson (“Empire), Keri Russell (“The Americans”), and Robin Wright (“House of Cards”) all eligible to return, plus newcomers Claire Foy (“The Crown”), Evan Rachel Wood (“Westworld”) and Winona Ryder (“Stranger Things”) vying for a nomination. Lucky for those ladies, last year’s victor Tatiana Maslany will not be able to compete this time around because “Orphan Black” isn’t airing any new episodes within the eligibility period.