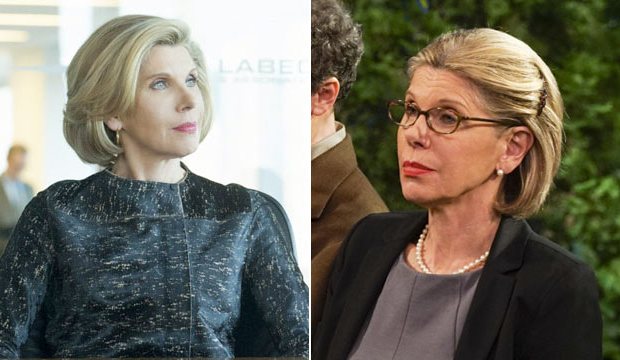 Christine Baranski has a stronger shot than most of receiving two Emmy nominations this year, considering she has received double nominations in both 2010 and 2015. The legendary TV star could get a nomination in Best Drama Actress for playing Diane Lockhart on CBS All Access’s “The Good Fight” and another bid in Best Comedy Guest Actress as Dr. Beverly Hofstadter on CBS’s “The Big Bang Theory.”

Baranski has been nominated for 15 Emmys in her career, and most of them have come from playing the two roles for which she is currently on the ballot. She was nominated six years in a row for Best Drama Supporting Actress for CBS’s “The Good Wife,” where she originated the role of renowned liberal lawyer Diane Lockhart. Meanwhile, she has been nominated four times for “The Big Bang Theory” in Best Comedy Guest Actress as Beverly, Leonard’s (Johnny Galecki) strict neuroscientist mother. So far her only career victory came in 1995 for the first season of “Cybill” as Best Comedy Supporting Actress.

In “The Good Fight,” Baranski gets to step into the spotlight as the lead, and she is able to show her skills as an actress from the very first episode, “Inauguration.” As Diane she prepares for retirement only to be hit with a whirlwind that leaves her broke and unable to leave her profession. The normally confident Diane is left reeling as she faces betrayal from her firm and the possibility of divorce from her husband. Even if Emmy voters only watch the first episode, they could be impressed enough to tick her name for Best Drama Actress.

For “The Big Bang Theory” Baranski has submitted “The Conjugal Conjecture,” the Season 10 premiere. The episode features Leonard and Penny (Kaley Cuoco) getting their families together for their second wedding ceremony. Baranski’s Beverly gets to hurl insults at all of those around her, including ex-husband Alfred (Judd Hirsch). The episode provides for a nice mini-arc for Baranski, with Beverly and Alfred finally agreeing on something in the end — their love of Leonard.

While Baranski has never won an Emmy for either role, it is clear based on the number of nominations that TV academy voters enjoy both characters. “The Good Fight” and CBS All Access are untested at the Emmys but Gold Derby odds have Baranski close to getting into Best Drama Actress. As for Best Comedy Guest Actress, Emmy predictors are very confident in Baranski’s chances of getting her fifth nomination for “The Big Bang Theory.”