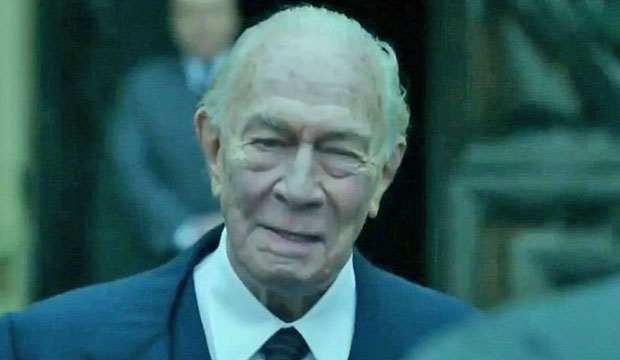 Christopher Plummer set the record as the all-time oldest acting Oscar winner when, at the age of 82, he took home the Best Supporting Actor prize for “Beginners” (2012). This year his turn in “All the Money in the World” has already earned him a Golden Globe nomination. Were he to reap an Oscar bid for Best Supporting Actor he would, at age 88, be the oldest-ever nominee in that (or any) acting category.

The behind-the-scenes drama surrounding the film is worthy of an Oscar. Ridley Scott‘s docudrama tells the story of the kidnapping of John Paul Getty III (Charlie Plummer). The heir to the oil fortune was only 16 when he was snatched on the streets of Rome on July 10, 1973. Michelle Williams portray his mother, Gail Getty, who faces off against her father-in-law, billionaire J. Paul Getty, after he refuses to pay the $17 million ransom.

That showy role was originally played by Kevin Spacey but after the actor came under fire for sexual misconduct last month, Scott made the decision to reshoot his scenes in late November with Plummer. A rough cut of the film was shown to Globe voters in early December who were impressed by what they saw; they also nominated Scott and Williams.

Should academy members recognize Plummer, he would break the record held for three years by Robert Duvall who, at age 84, received a nomination for his turn as the title character in “The Judge” (2014). Duvall, who previously earned the Best Actor Oscar for “Tender Mercies” (1983), lost to J.K. Simmons (“Whiplash”).

Ralph Richardson was posthumously nominated as Tarzan’s grandfather in “Greystoke: The Legend of Tarzan, Lord of the Apes” (1984); he lost to Haing S. Ngor (“The Killing Fields”).

Hal Holbrook contended as the loner Ron Franz in “Into the Wild” (2007); he fell short to Javier Bardem (“No Country for Old Men”).

Max Von Sydow was cited as a mysterious mute man in “Extremely Loud and Incredibly Close” (2011); he lost to Plummer.

Plummer was 80 when he earned his first Oscar nomination for his featured turn as legendary Russian author Leo Tolstoy in “The Last Station” (2009); he lost to Christoph Waltz (“Inglourious Basterds”).

George Burns was also 80 when he prevailed in this race for his scene-stealing role as a vaudeville comedian in “The Sunshine Boys” (1975).

Rounding the list of the 10 oldest actors to garner Best Supporting Actor nominations are a trio of big screen legends who earned recognition at age 78.