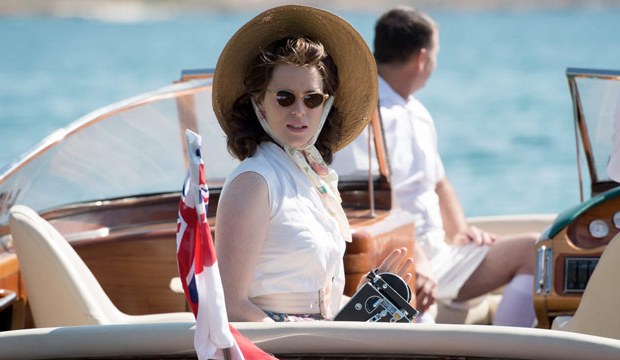 While the category of Best Drama Actress will have no shortage of fantastic contenders at the 2017 Emmys, Claire Foy (“The Crown”) is well-positioned as a commanding favorite to take home the trophy. Foy has already claimed a Golden Globe and Screen Actors Guild Award for her riveting portrayal of Queen Elizabeth II on the Netflix series, which in its first season focuses on how the 25-year-old newlywed is tasked, following the death of King George VI, with leading the monarchy through treacherous political times.

Should Foy indeed prevail at the Emmys, she will emerge only the fourth actress to date to win an Emmy, Golden Globe and SAG Award in the same year for a dramatic program. She would follow in the footsteps of Gillian Anderson (“The X-Files”), who accomplished this feat in 1997; Edie Falco (“The Sopranos”), who did the same in 1999 and 2003; and most recently Claire Danes (“Homeland”), who swept in 2012 for the first season of her series.

“The Crown” provides Foy with heaps of Emmy bait, as the Queen deals with the curmudgeonly Winston Churchill (John Lithgow), back as prime minister after several years out of government, and often struggles in her marriage to Prince Philip (Matt Smith), who yearns, to negligible success, to have more influence under his wife’s reign. Foy is especially compelling as the Queen finds herself torn between sister Margaret (Vanessa Kirby) and Parliament over Margaret’s desire to wed soulmate Peter Townsend (Ben Miles) — an engagement the Church of England is not the least bit fond of.

While not guaranteed, “The Crown” also has great potential to garner the most nominations of any series this year, or at the very least be among the leaders. It is also in a strong position to triumph in Best Drama Series on the big night. The correlation between the categories of Drama Series and Drama Actress, in terms of winners, was once quite strong at the Emmys, particularly during the awards’ early days.

In 1967 and 1968, while “Mission: Impossible” was prevailing in Drama Series, leading lady Barbara Bain scored Emmys of her own. Likewise, over the following decade Glenda Jackson (“Elizabeth R”), Michael Learned (“The Waltons”) and Jean Marsh (“Upstairs, Downstairs”) emerged victorious, just as their programs did. The same went for Barbara Babcock (“Hill Street Blues”), Tyne Daly (“Cagney & Lacey”) and Sharon Gless (“Cagney & Lacey”) in the 1980s.

Since then, however, it has been a rarity to see a series score in both of these categories. In fact, only once per decade has this happened — in 1993 with Kathy Baker (“Picket Fences”), in 2002 for Allison Janney (“The West Wing”), and most recently in 2012 with Claire Danes (“Homeland”). Foy, should she win, would buck this trend of Drama Series and Drama Actress honorees generally not matching on Emmy night.

Emmy Experts slugfest: Are the series races as locked up as they seem? Is the Smart money on Jean…

Sarah Bridge ('The Crown' music supervisor): 'Introduction of the next generation of the Royal Family'…

Will 4th time be the charm for 'The Crown' to win Best Drama Series Emmy?

Martin Phipps ('The Crown' composer): The musical cues for Diana evoke 'the unstoppable tragedy that…