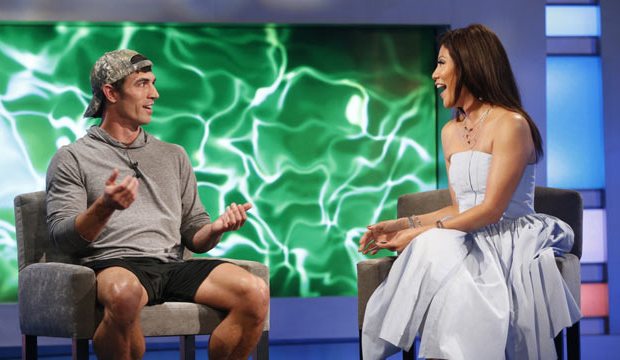 After being eliminated on Thursday’s episode of “Big Brother,” Cody Nickson was asked the all-important question from host Julie Chen about whether he wants to pursue a relationship with Jessica Graf outside of the game. “Absolutely,” replied the quietly reserved ex-marine. What else did Cody have to say about his short time in the house? Read his exit interview below and then make your “Big Brother” 19 predictions for a chance to win a $100 Amazon gift certificate. It’s fun and easy, so start predicting right now.

Cody smiled when he talked about his showmance partner Jessica, joking, “She’s mad at every decision I’ve made in this game. She’s called me the worst player in ‘Big Brother’ history multiple times.” He then added, “Her game is going to be a lot better without me, I guarantee it.”

As for why he made the secret game move against Paul Abrahamian last week that led to Cody’s downfall, he confessed that he didn’t tell anybody else because, “I knew somebody was gonna try and talk me out of it. I wanted it to be a big move. I wanted it to be my decision, so I went with it. I also didn’t want them to forewarn him either. He’s really good at gaming the game and talking to people, so I didn’t want him to already be in their ears before it actually happened.”

Since Paul was safe that week from the Pendant of Protection, why did Cody then turn his gaze toward fellow alliance member Christmas Abbott by nominating her for eviction? “She was close to Paul,” Cody explained. “Once I went after Paul, I had to go after Christmas. I was a third of the way into nominating the entire house.”

Cody also admitted to Julie that he thought the Den of Temptation was “a cheat” and that he didn’t throw in the towel during his final week in the game. Julie teased that Cody will be playing in the Battle Back Showdown on Friday, July 21 where either he, Cameron Heard, Jillian Parker or next week’s evictee will compete for the chance to return to the game. In response, a gobsmacked Cody admitted, “I didn’t think I was gonna come out with anybody even cheering. I’m surprised by all of this.”