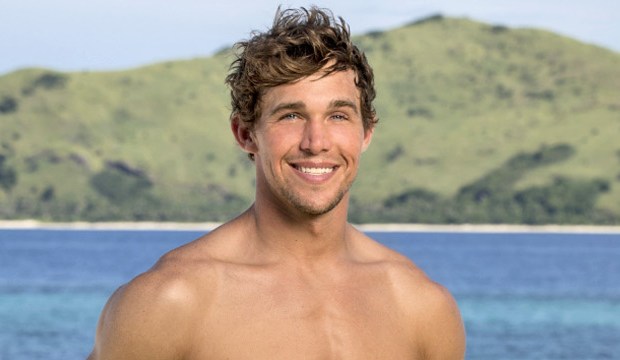 Wednesday night on CBS, 24-year-old wilderness therapy guide Cole Medders was voted out of “Survivor” after his fellow tribe mates determined him to be the biggest physical threat. (Read our “Survivor” 35 Episode 9 recap.) Because of the Thanksgiving holiday, our weekly exit interview with the latest “Survivor” castoff will be delayed until Monday, November 27. Since there are a few days to go until the interview, we wanted to let YOU chime in with questions for Cole. Sound off down in the comments section for a chance to have your burning questions answered by Cole in Monday’s podcast.

At tribal council, the three remaining Healers — Cole, Joe Mena and Mike Zahalsky — knew that one of them was a goner, but they were kept in suspense until the votes were read. Because he felt vulnerable, Mike used his hidden immunity idol on himself, but he ended up wasting it because he only received two vote. And Joe was once again spared elimination despite several members of the Heroes/Hustlers super-alliance campaigning for him to be sent home.

During his time on the island, Cole made a name for himself by gorging on food, much to the annoyance of his fellow tribe mates. A few episodes ago Cole actually fainted at camp because of a lack of energy, but quickly recovered. Cole’s showmance with Jessica Johnston dominated much of the first half of the season, with Cole admitting during his post-elimination confessional that his time with Jessica was one of his personal highlights. When we spoke with Jessica, however, she confirmed that Cole was in the “friend zone.”