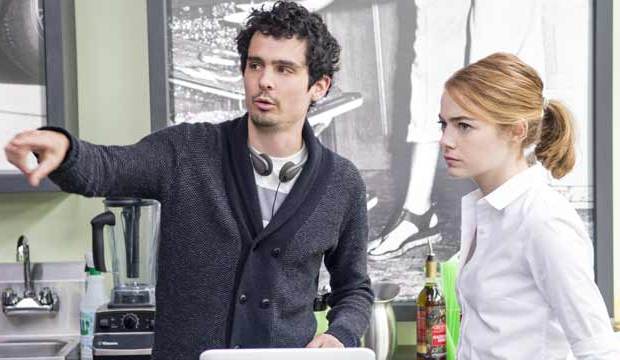 At just 32 years and 38 days of age, Damien Chazelle made Oscar history Sunday with his Best Director win for “La La Land,” becoming the youngest person to ever claim that prize. He beat out previous record holder Norman Taurog, who was just 32 years and 260 days old when he won his prize for “Skippy” (1931).

With 2/13 odds from our 30 movie Experts, Chazelle was far and away the frontrunner at the 89th Academy Awards, following victories at the Golden Globes, BAFTA, Critic’s Choice, and the Director’s Guild of America. He was also nominated this year for Best Original Screenplay for the film (losing to “Manchester by the Sea”), and two years ago he was nominated for Best Adapted Screenplay for “Whiplash” (2014). Watch our recent interview with Chazelle.

In second place was Barry Jenkins (“Moonlight”) with 10/1 odds; the two Experts picking him to win were Matt Atchity (Rotten Tomatoes) and Kevin Polowy (Yahoo). Like Chazelle, Jenkins was a first-time nominee for directing, and he also had an additional nomination for Best Adapted Screenplay. In addition he has been nominated at the Golden Globes, Critics’ Choice Awards and the Directors Guild Awards, and he won various regional critics awards, including the Los Angeles Film Critics Association, the New York Film Critics Circle and the National Society of Film Critics.

Much further behind were Kenneth Lonergan (“Manchester by the Sea”) with 50/1 odds, Denis Villeneuve (“Arrival”) with 66/1 odds and Mel Gibson (“Hacksaw Ridge”) with 80/1 odds. Lonergan was a first-time directing nominee, but he earned two previous writing nominations, for “You Can Count on Me” (2000) and “Gangs of New York” (2002) in addition to his current Best Original Screenplay nom for “Manchester.” Gibson was the only past winner in this contest, having claimed Best Picture and Best Director for “Braveheart” (1995). And Villeneuve was nominated for the very first time.

According to our overall combined odds featuring the predictions of all Experts, Editors, Top 24 Users (those who did the best at their winner picks last year), All-Star Top 24 (who got the best predictions scores when you combine the last two years’ results), and All Users, the rankings were the same. The favored pick of over 5,000 people was Chazelle with 1/10 odds over Jenkins with 16/1 odds. Lonergan followed with 50/1 odds, and then Villeneuve at 66/1 and Gibson at 80/1.